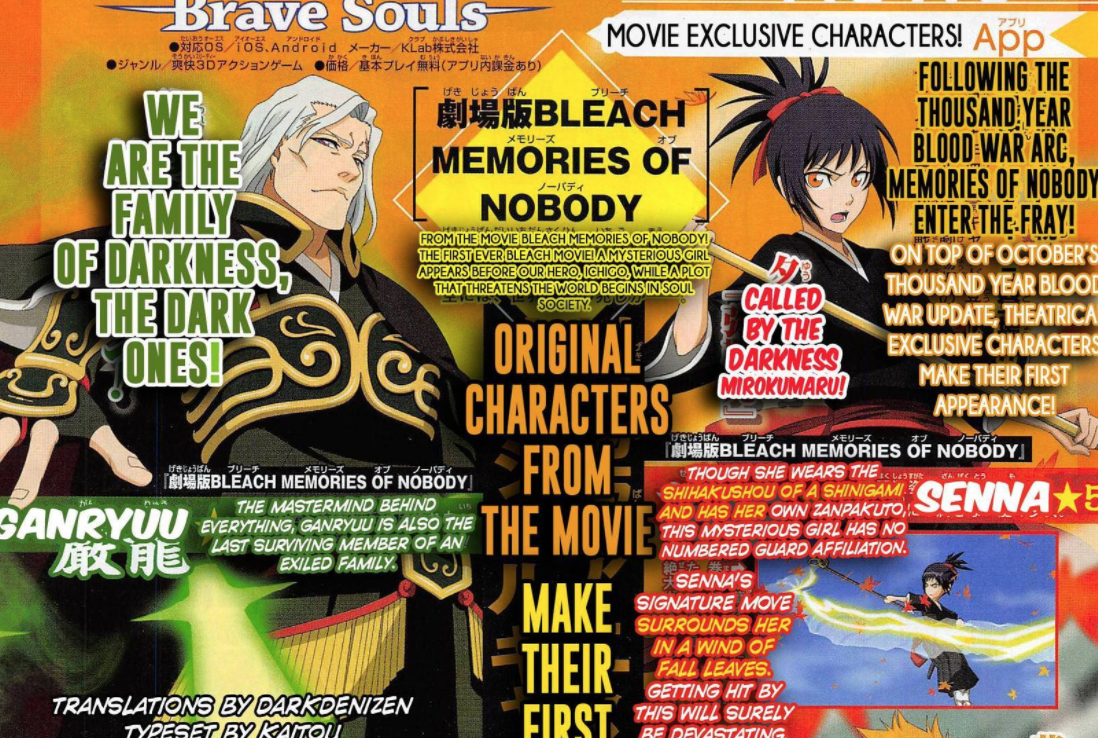 Bleach: Brave Souls is still trucking along, and we have new scans that feature new characters coming to the game!

The characters this time are from Bleach Movie 1: Memories of Nobody.

Senna is a character that looks like a Shinigami, but has a mysterious backstory. Help her against the dangerous Ganryuu, and keep her memory in Ichigo’s heart!

Senna’s ultimate attack can be combined with Ichigo for a team ultimate! Together they summon a giant gust of wind for Ichigo to make use of with his Getsuga Tensho! Stand side by side with Ichigo to protect Senna’s right to exist!

Ganryuu’s ultimate attack allows him to put all of his anger and rage into one move! Stop his encroaching darkness by working together and taking him down!