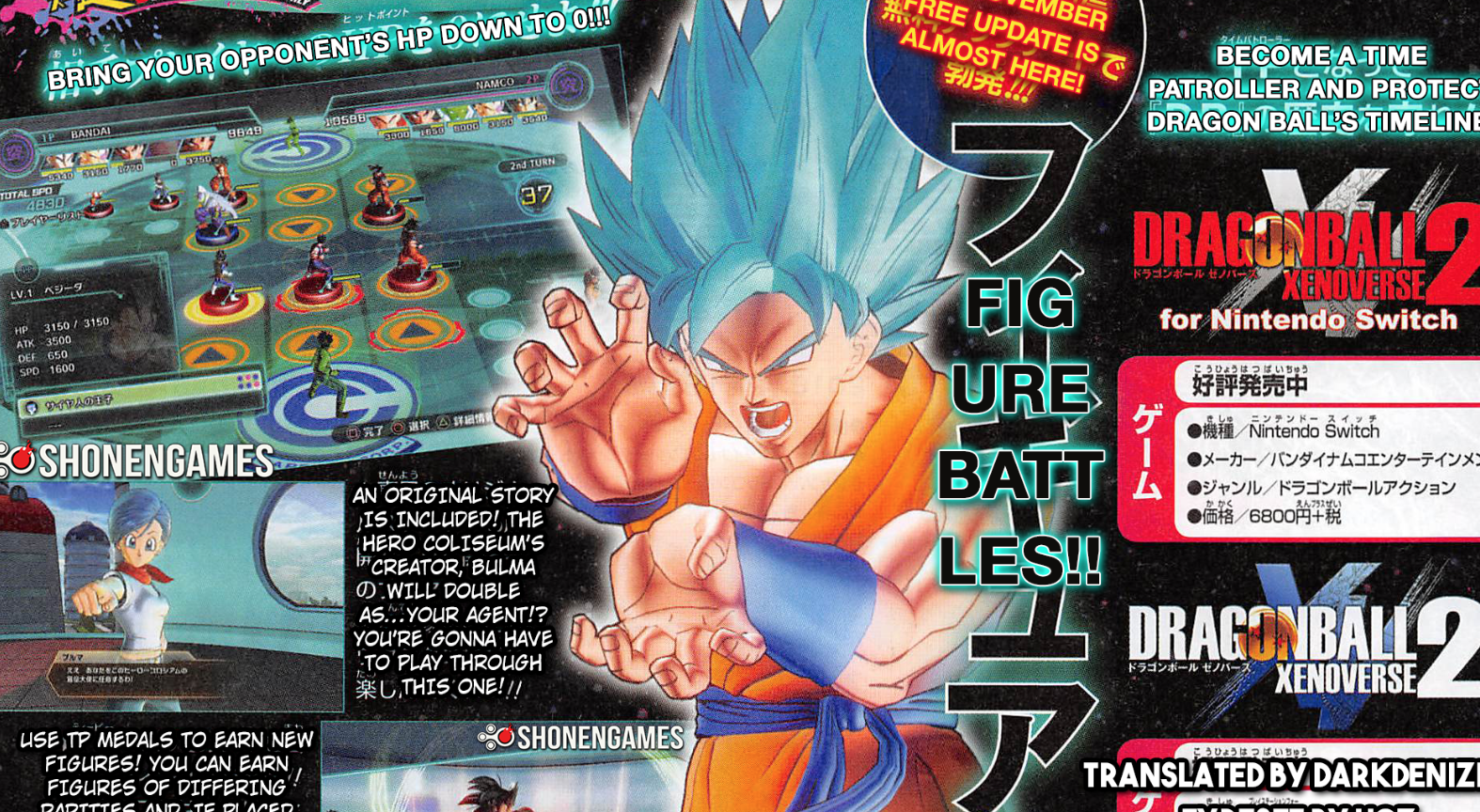 For anyone who was too caught up in the Dragon Ball FighterZ hype, Dragon Ball Xenoverse 2 has a giant update launching very soon!

The update will coincide with the release of DLC pack 5, but will also include tons of free content!

Players who don’t wish to spend on the DLC, will still get the new Hero Colosseum mode, a new Expert Mission, a new Raid with Zamasu, a large update to the BGM, a new TP Medal shop with daily updates, and more adjustments to the base game!

Players who do wish to pay for the DLC however, will get Dabura, Buuhan, Tapion, and Android 13 as new playable characters, as well as 4 costumes, 2 titles, 8 super souls, 5 new parallel quests, 13 new skills, and Zamasu as a sensei!

Check out the scan for more details on how you can also get a Future Trunks Arc PS4 theme!