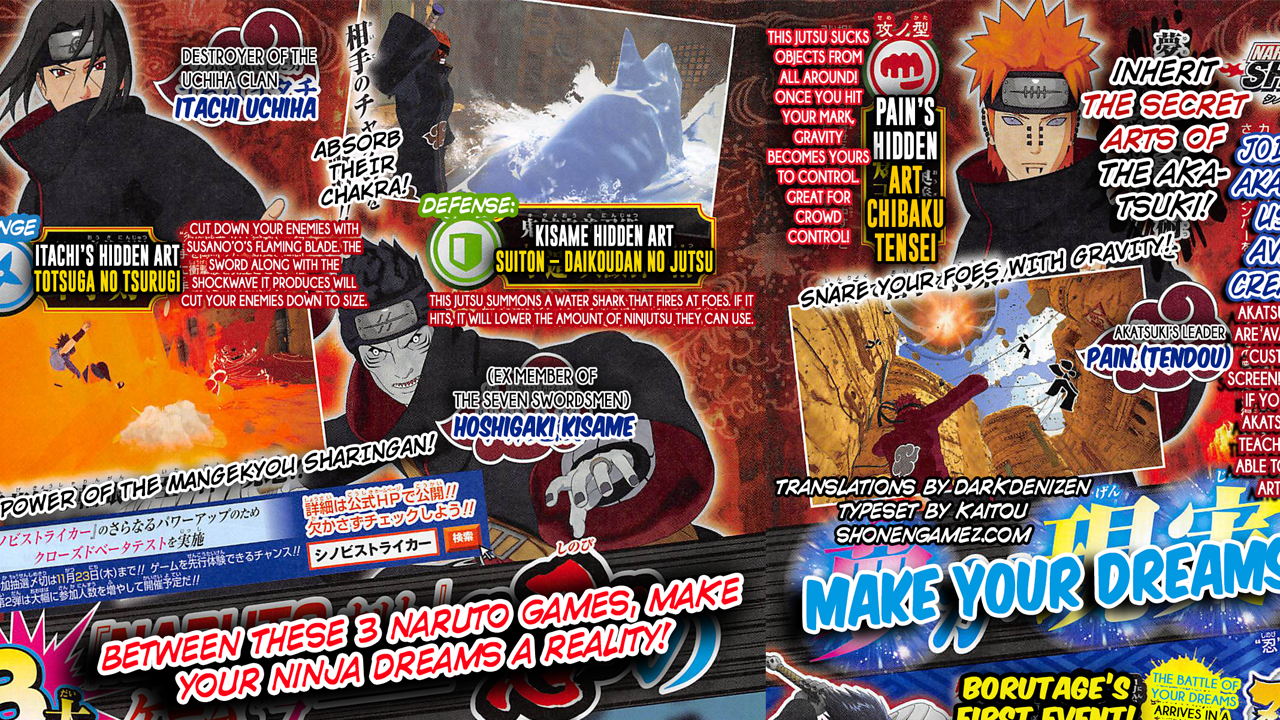 The scan starts off with Naruto to Boruto Shinobi Striker, revealing details about Akatsuki members Pain, Kisame Hoshigaki and Itachi Uchiha, such as their character type and their hidden art.  Pain will be able to use his Chibaku Tensei, which you will be able to control gravity once you hit your mark. With Kisame’s Daikoudan no Jutsu, you will be able to summon water sharks and fire them at your opponent, which sucks their chakra, thus lowering the amount of ninjutsu they can use. Lastly, Itachi’s Totsuga no Tsurugi allows players to cut down their enemies with Susano’o’s flaming blade.

The scan also reveals that Sasuke Uchiha will be getting a summer outfit featuring destructive watermelon slicing skills. As for Naruto x Boruto: Ninja Voltage, the scans reveals that the game’s first event will be Kisame. The scan recommends that players use Might Guy as well as use awakening skills. Check out the scan below: