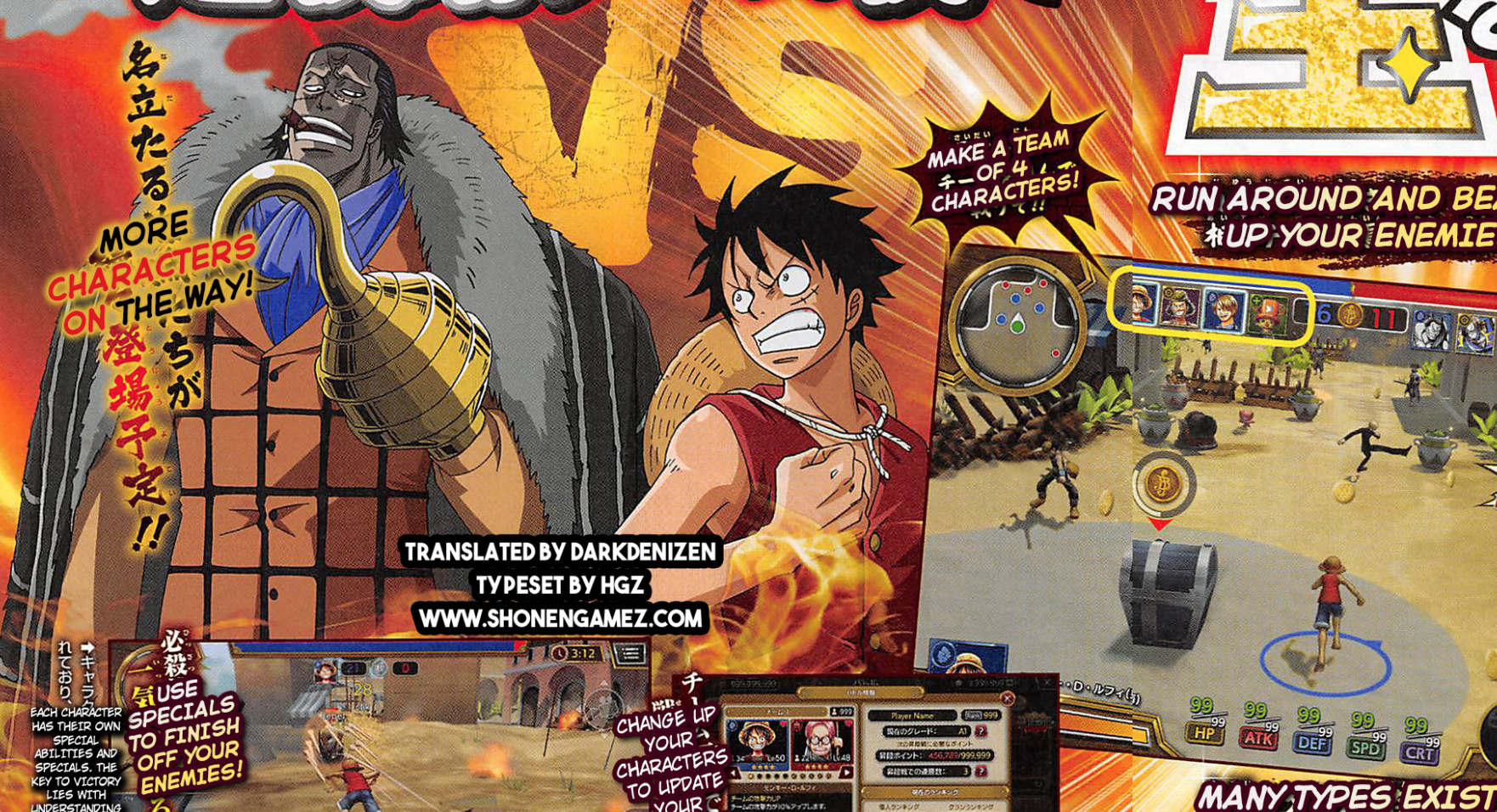 One Piece takes a commanding presence with this month’s V-Jump!

There are scans for One Piece: Bounty Rush, and another teaser for the mysterious One Piece: Project Dawn title that we still don’t know anything about.

First, the Alabasta Arc is going to be included in One Piece Bounty Rush, the new game for iOS and Android! The five different character types, Fighter, Warrior, Support, Sniper and Swordsman were shown off and we even get a visual of Luffy vs Crocodile!

All around the scan there are small teasers for other One Piece games! It seems like Reiju and Judge Vinsmoke are going to be making their way into One Piece: Thousand Storm, and Cavendish will be getting a new unit for One Piece: Treasure Cruise!

Finally, One Piece Project Dawn has a teaser that is pretty much the same as the most recent teaser. We see Mariejois burning, with a strange character on the foreground. Some have speculating this to be Monkey D. Dragon, but it still isn’t clear who the shadowed man is, or how this pertains to the new title’s story!

Check out the scans below!