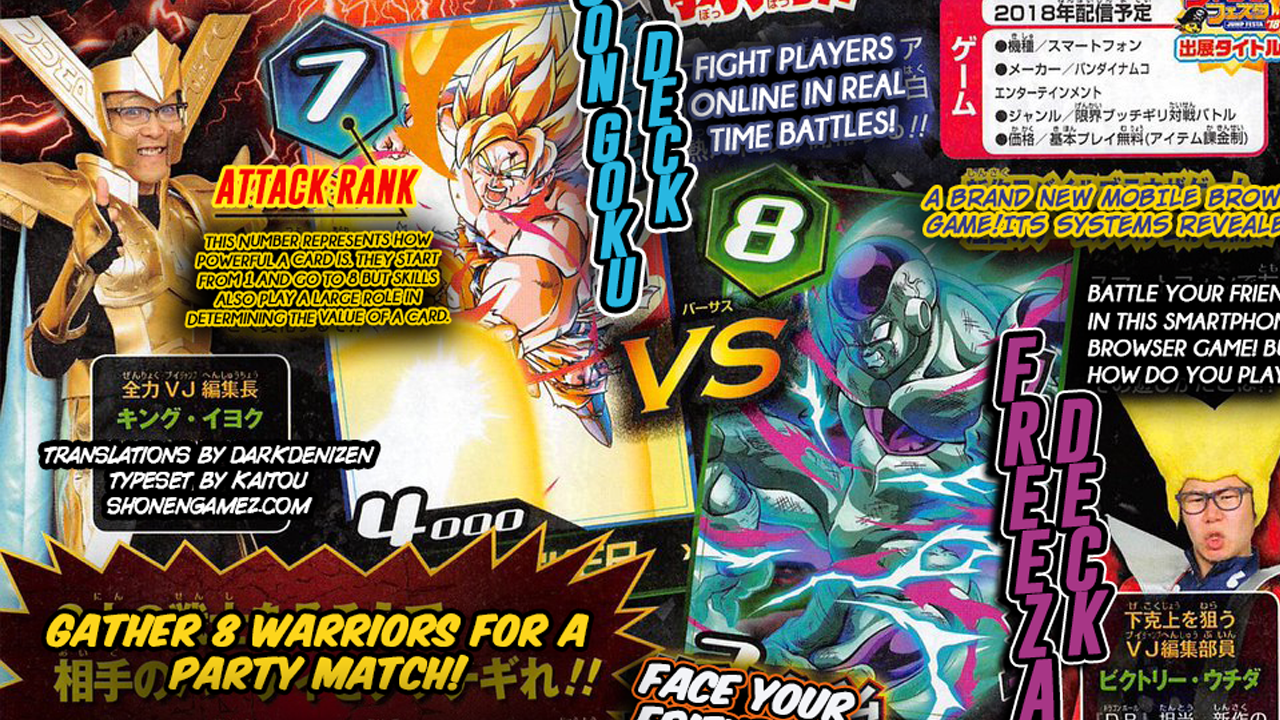 This month’s issue of V-Jump reveals more info on Dragon Ball Z Bucchigiri Match, which was announced in September’s V-Jump, as well as during this year’s Tokyo Game Show. Dragon Ball Z Bucchigiri Match will be a browser game available for PC and Smartphone devices, in which allows you to face your friends in real time online battles. You will be able to gather 8 warriors for a party match.

The scan reveals the Son Goku and Freeza deck, which have the attack rank of 7 and 8, respectively. The number in the card represents how powerful a card is. They start from 1 and go to 8 but skills also play a large role in determining the value of a card. However, the game is not all about power rank but tactics as well. It’s essential to read your opponent’s strategy to control the match. Check out the scan below: