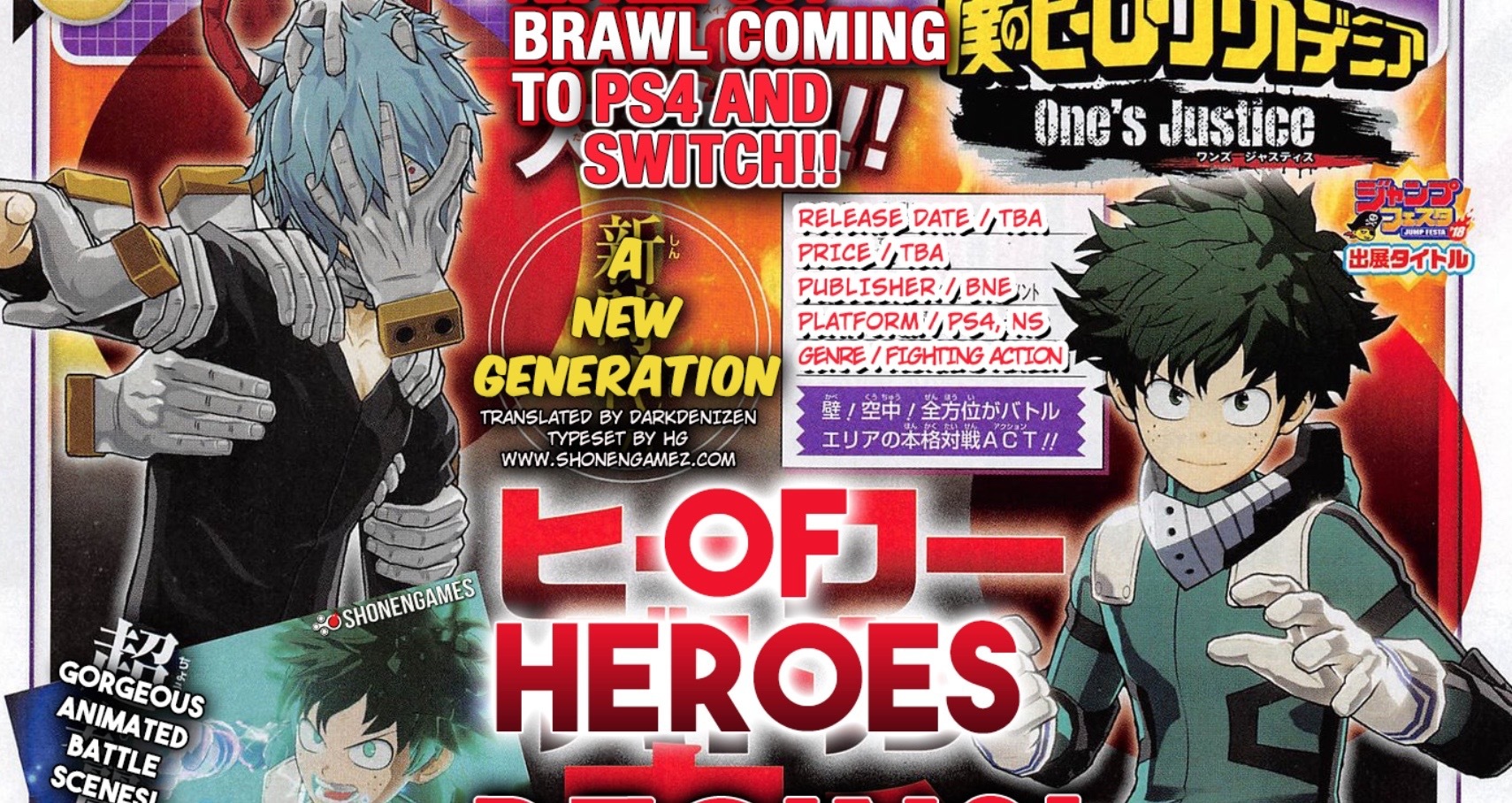 My Hero Academia: One Justice is another Bandai anime on our list of ones to watch for. 2018 is already packed with games, and we’re hoping that MHAOJ is one of them.

The HQ scan has released, and we now have our translation! The translated scan reveals that the game is confirmed to be a Fighting, Action game. Many people speculated incorrectly that this would be an RPG, or that it would be a single player action game because of the low quality scans, however it does appear to be a multiplayer fighting game.

We’ve gotten no confirmation on the developers. Bandai is being shy on who is developing the project, but I’m sure we’ll find out during Bandai’s December 15th event, or Jump Festa which is set to begin on the same day (depending on where you live).

The scan promises that you’ll be able to blow your opponent away in multiple stages! The stage we see in the scan is the street where Stain has his final stand against the heroes, and we’re hoping to get many more iconic stages from the series.

Check out the scan below for further details.