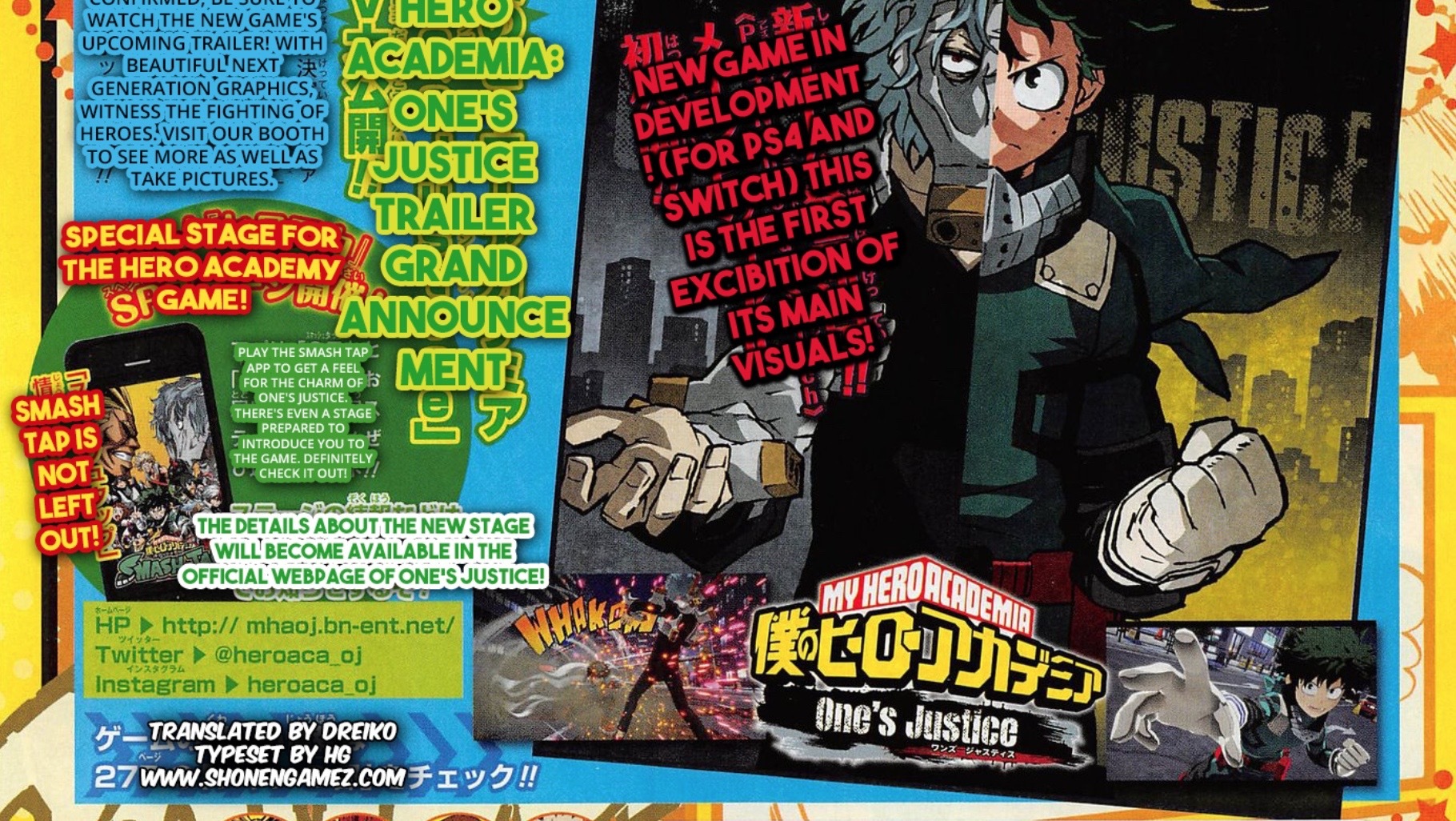 My Hero Academia: One’s Justice Will Have An Intro Stage on MHA Smash Tap

What a time to be a fan of My Hero Academia! The manga is better than ever, a new arc is starting, and we have a new game on the horizon to battle all of our friends in!

Well, My Hero Academia: One’s Justice will be officially revealed at Jump Festa with a trailer and gameplay, however it appears that leading up to the event, Bandai wants you to get familiar with the game by having some hands on.

Sadly this doesn’t mean we’re getting a demo anytime soon, but the way they’re doing it is by having a special One Justice stage in My Hero Academia: Smash Tap, the MHA mobile game.

Details aren’t clear, however once the website is up and running, it seems like we’ll be getting more details. Still, if you play Smash Tap, start farming to be ready for this new event!