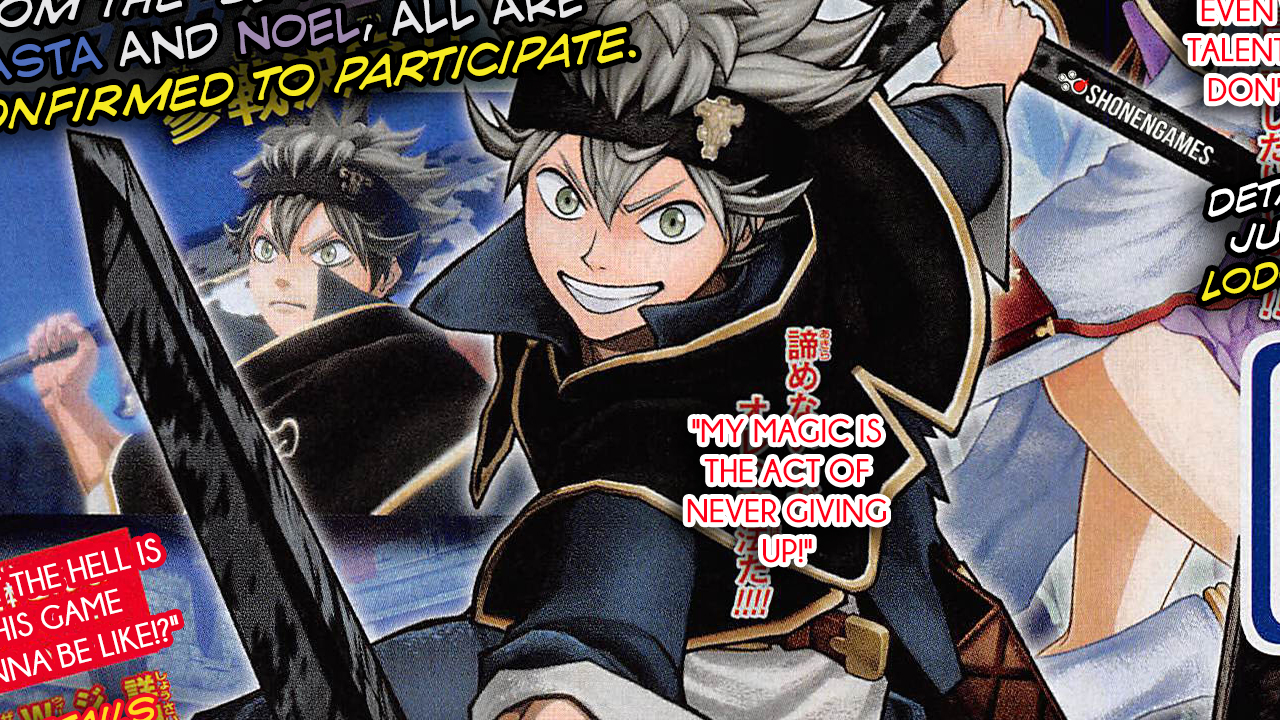 The very first Weekly Shonen Jump scan for Black Clover: Project Knights, which was announced earlier this week, has been translated. Not many details about the game have been revealed or how much of the story is it going to cover, but it’s expected to be released in 2018 on PS4 in Japan, and PS4 and PC in the west. Asta and Noelle are shown in the scan, and confirmed as playable characters. We can expect more information during Jump Festa on December 17. Check out the translated scan below: