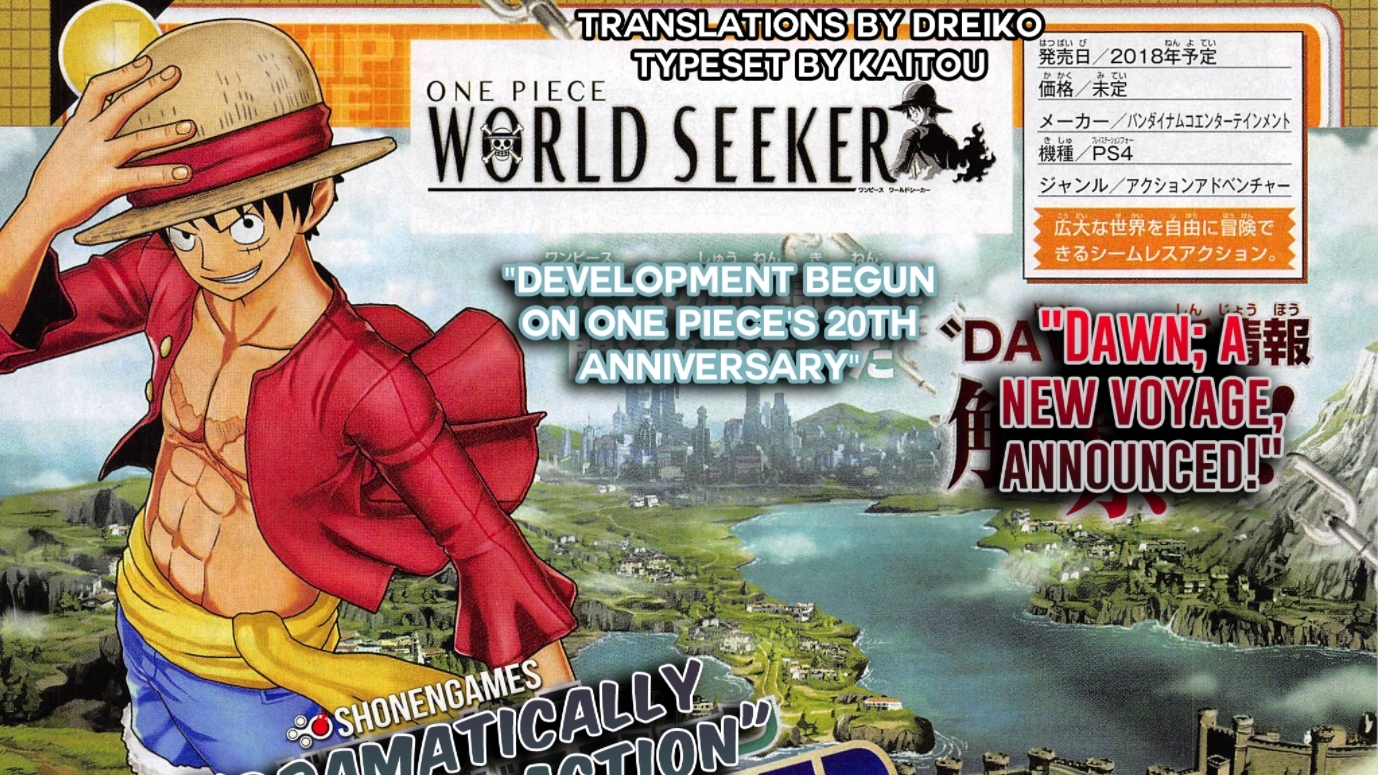 One Piece: World Seeker’s Development Began in Commemoration of One Piece’s 20th Anniversary

The scan translation for One Piece: World Seeker is here and while there are only a few teases there’s still a couple of things to mention! First off, the game’s development began in commemoration of One Piece’s 20th anniversary. It’s unclear at this time how long the development has been, but it likely began at some point last year.

If that’s the case then we should probably expect this game late 2018, but that’s only a guess.

The Jump editors mention that you can “Fly” around the island which is probably referring to Luffy using Gum Gum UFO to hover around.

That’s all for now! Stay tuned for more information on this title in the coming weeks.