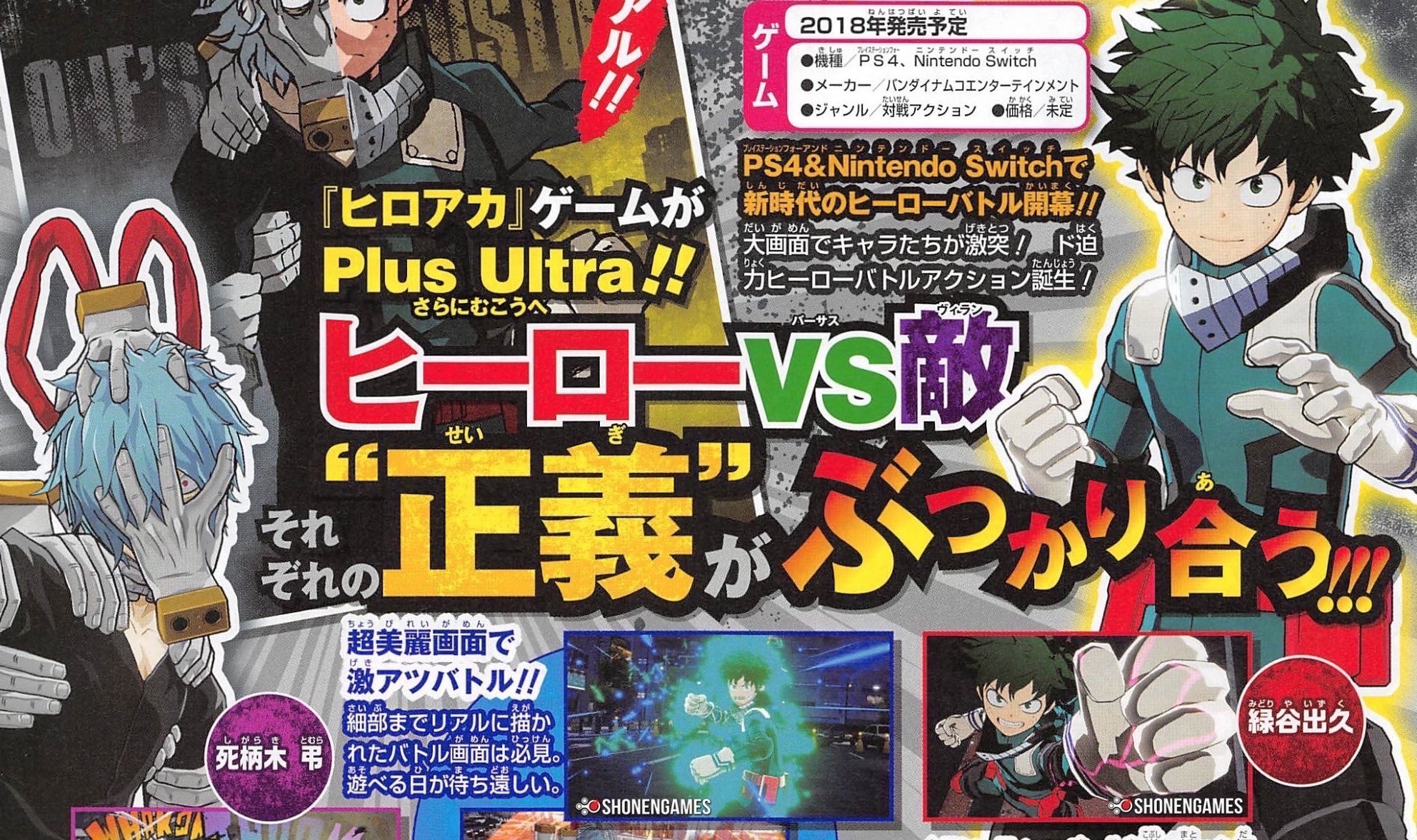 My Hero Academia: One’s Justice’s New Scan Gives Us Another Peek At Gameplay

My Hero Academia: One’s Justice is a mysterious title. For a while, we didn’t know who was developing the game, and now that we do (Byking), every look that we’ve gotten at the gameplay makes it seem like this game will be pretty different from their other games.

We haven’t seen a gameplay trailer yet (although one will be airing at Jump Festa!) but this game so far looks like a mix of the Naruto Storm games and One Piece: Burning Blood. We’re hoping Jump Festa can clear up what this game plays like.

On the bottom of the scan, it seems like My Hero Academia: Smash Tap might be finally adding the Season 2 content! It doesn’t look like there are details about the One’s Justice crossover stage, however that’s something that’ll be made clear when translations are ready, but in the mean time check out the scan below!