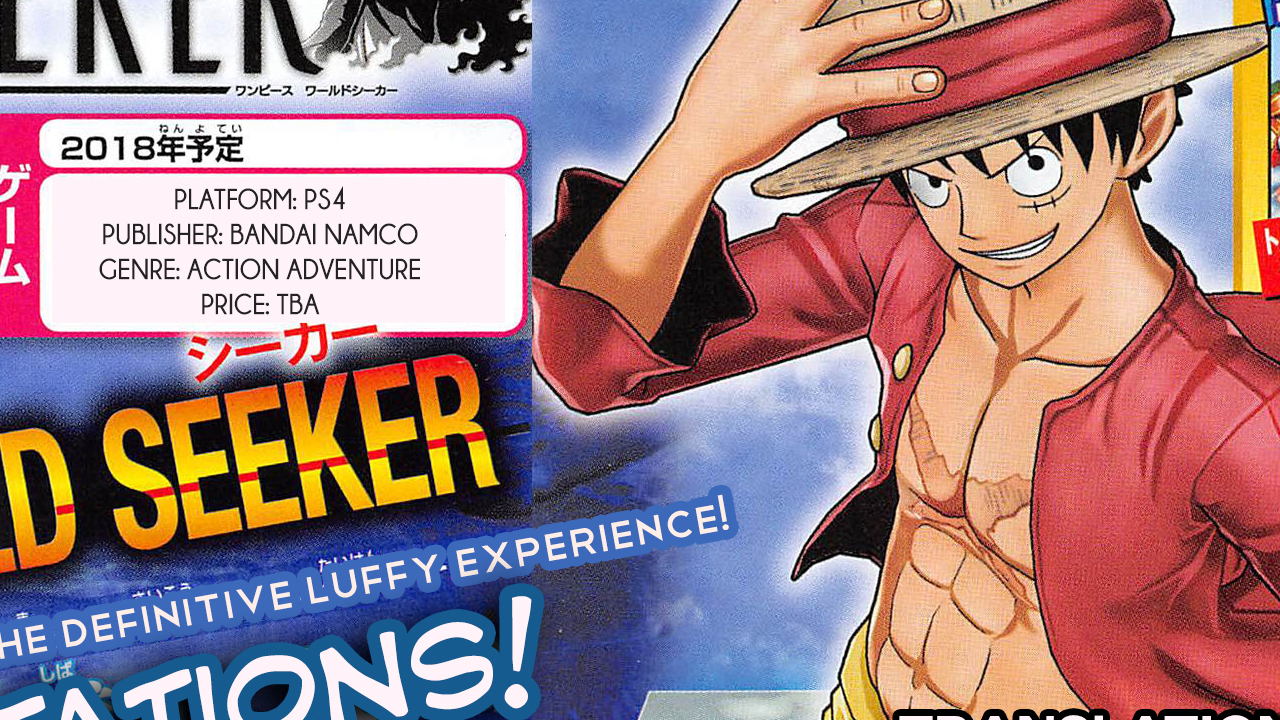 This issue of V-Jump reveals more information on the recently announced adventure game One Piece World Seeker! Using Luffy’s Gomu Gomu no UFO, players will be able to fly in the sky and explore through an open-world game. Featuring Luffy, the game will feature an original story as well. Using the power of Luffy’s Gomu Gomu no Mi, various techniques are at your disposal, allowing you to punch your way through well-guarded areas such as the marine bases or sneak around battles. Some marine bases will be well fortified and will have cannons at their disposal, which is best if you stay clear of them. Check out the scan below: