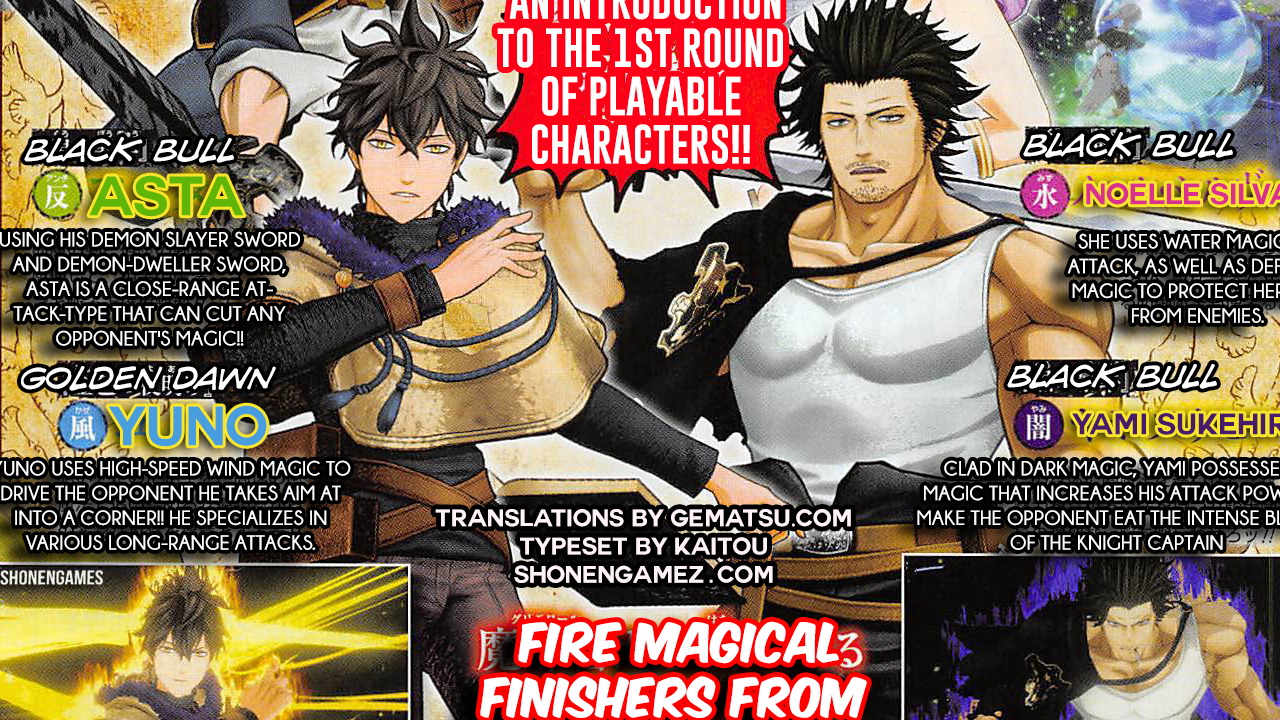 The latest issue of Weekly Shonen Jump reveals more information on Black Clover: Quartet Knights, the upcoming anime fighter/third-person shooter coming to PS4 and PC via Steam. Characters will be divided into various types such as attack and support, making it imperative that you cooperate with your team in order to drive your enemy into a corner. The game will feature magical finishers of various attributes as well.

The following scan shows both Yuno and Yami in action, alongside Asta and Noelle. Just like in the original material, Asta will be a close-range attack-type that can cut any opponent’s magic. Noelle will use her water magic to attack, as well as defense magic to protect herself from enemies. Yuno uses high-speed wind magic to drive the opponent into a corner and specializes in various long-range attacks. Yami possesses magic that increases his attack power. Check out the scan translations below: