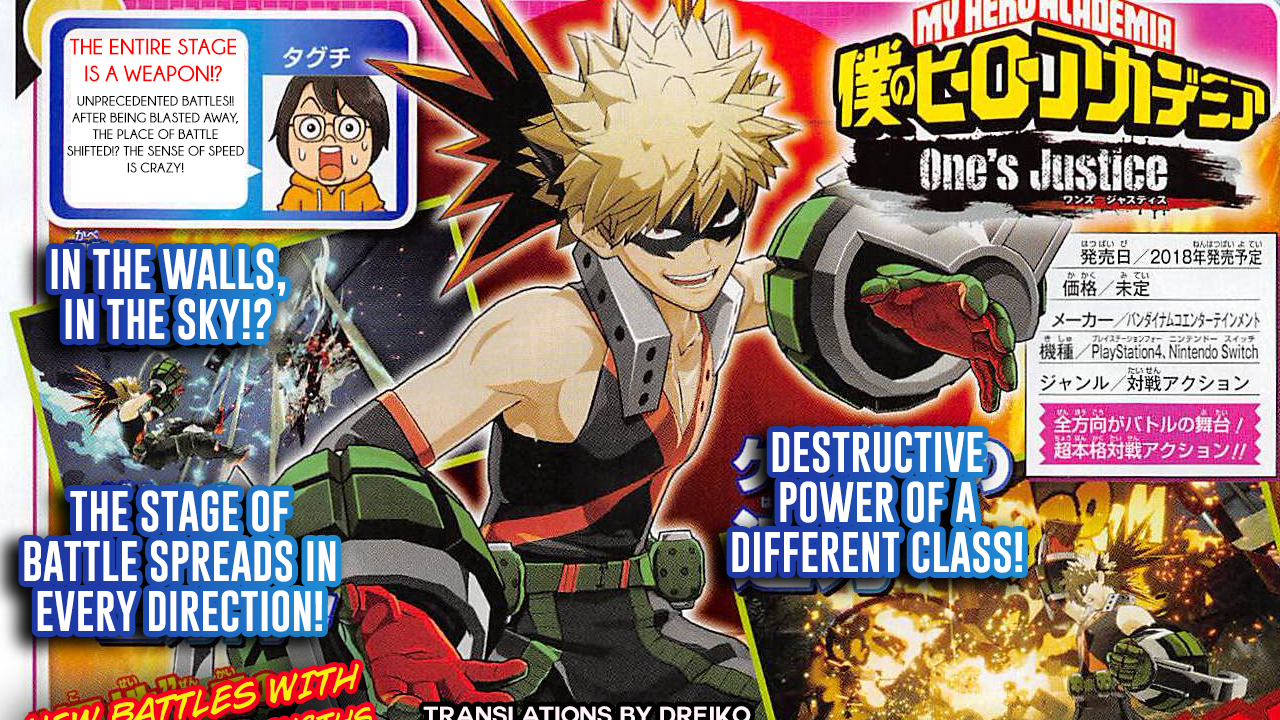 As promised, here’s the scan translations for the Bakugo scan for My Hero Academia: One’s Justice Scan we’ve posted earlier. As previously shown during Jump Festa, Bakugo will be joining as a playable character and he will have a destructive power of a different class. As shown during the Jump Festa gameplay as well, the scan also features the wall battles mechanics that even allow players to fight in the sky and move the battle to any direction at fast speeds. Also, the camera will spin around to capture the beauty of the scenes. Check out the scan translations below: