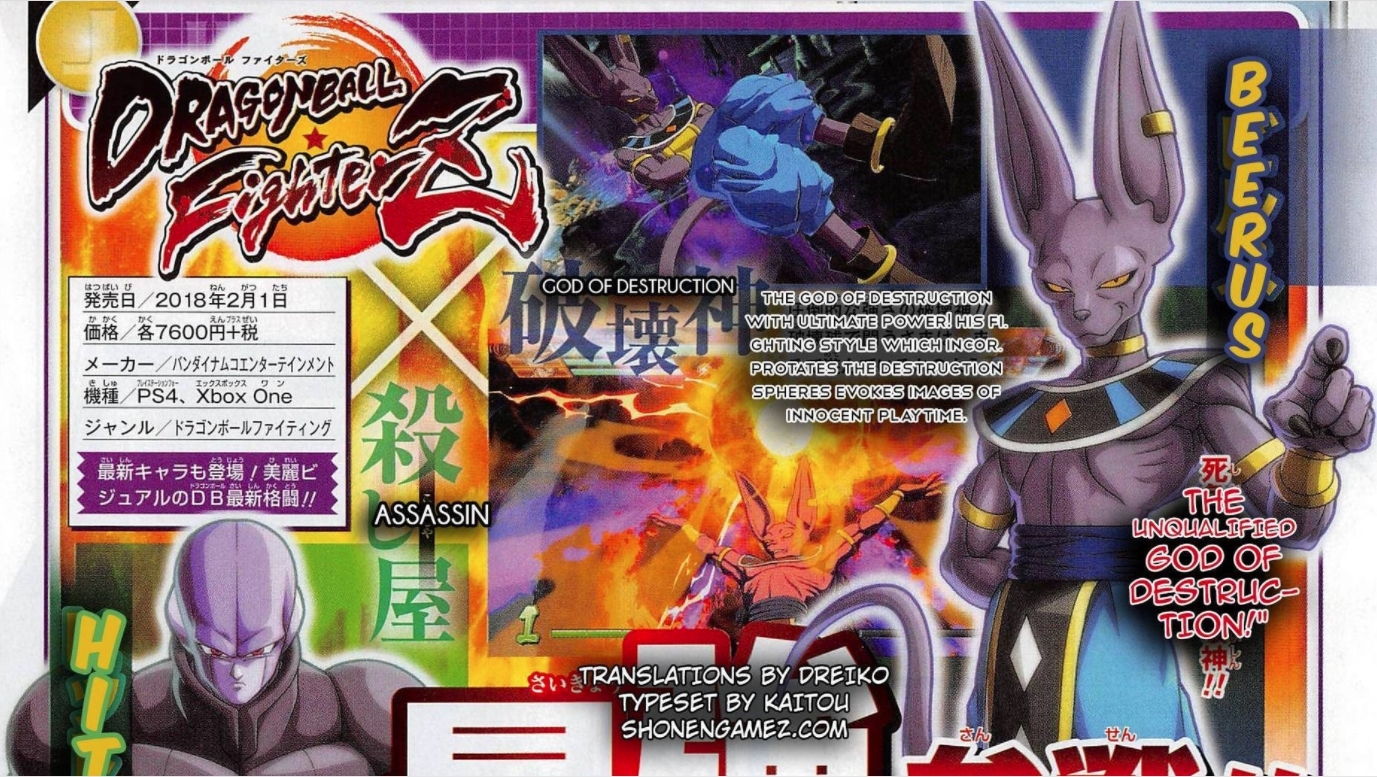 Weekly Shonen Jump has revealed that the upcoming Dragon Ball FighterZ Open Beta will have Beerus as one of the 11 playable characters! The rest of the scan contains details about Beerus and Hit that we’ve already seen as of recent from Bandai Namco.

The beta starts on January 14th (13th early access) you can check out the beta times along with the translated scan below.