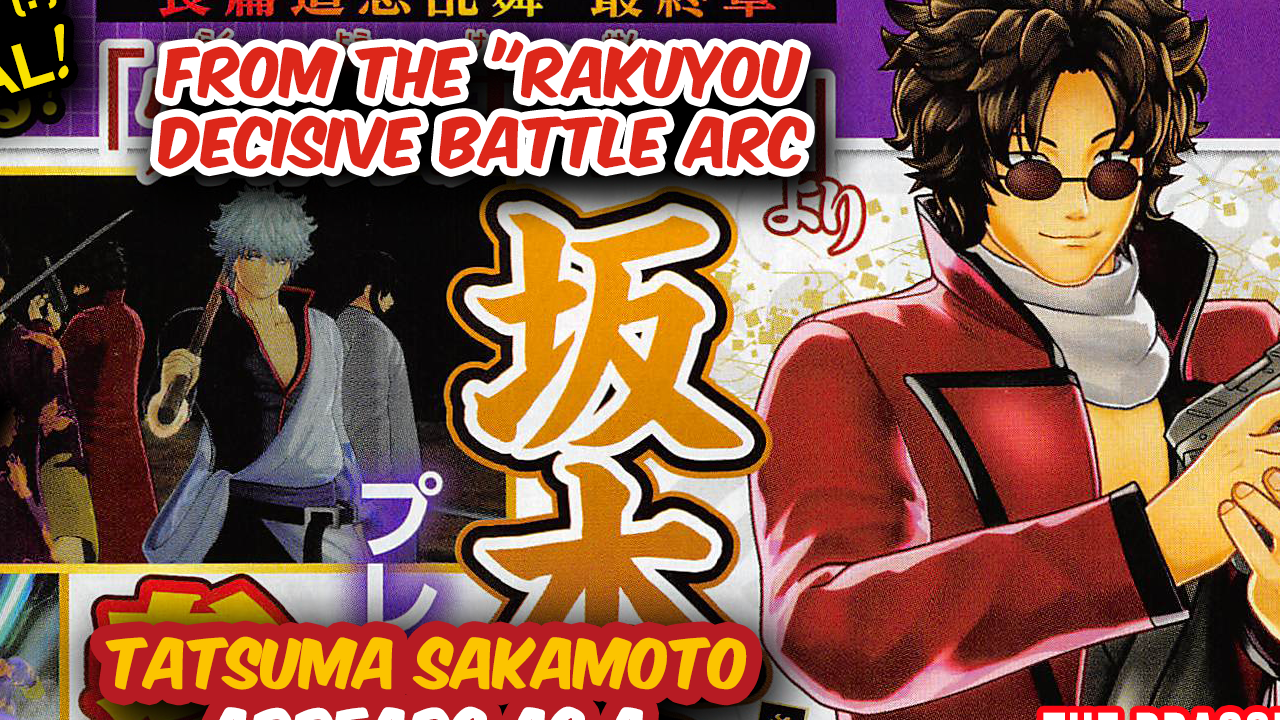 The latest issue of Weekly Shonen Jump reveals that Tatsuma Sakamoto, The Dragon of Katsurahama, will be a playable character in the upcoming anime action game Gintama Rumble. With Tatsuma’s confirmation, that makes a total of 12 confirmed playable characters. Tatsuma is a merchant that travels all over the universe. He also fought alongside Gintoki in the Joui War and was considered superior to the Joui 4 Devas. Additionally, he excels at gun-fighting and can pull off magnificent gun combos.

Additionally, Botou was announced as a boss character. He is the captain of the 2nd Division of the Harusame pirates whose nickname is “The Star Sword King.”  He is able to read his opponent’s movements ahead of time with the “third eye” on his forehead. He attacks with swords at close range and flying slash attacks at long range. Lastly, Shouyou’s disciples — Shinsuke Takasugi and Oboro will be in the game with their Rakuyou Decisive Battle Arc costumes. Shinsuke, who returns from his coma will fight alongside Gintoki and company, while Oboro, who annot betray his former teacher, and once again confronts Gintoki and company. Check out the scan below: