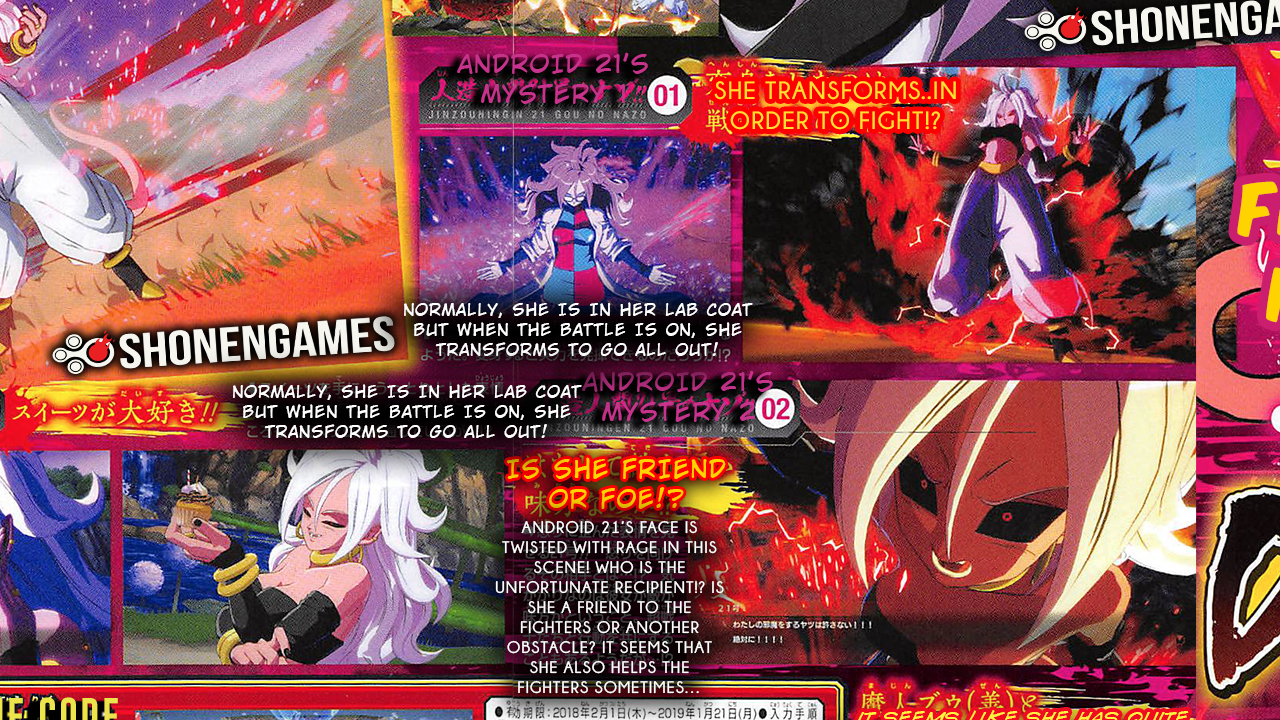 The latest issue of V-Jump revealed Android 21 in her Majin form as the last confirmed character for Dragon Ball FighterZ, giving us a total of 24 characters in the game. Just like her original form, her Majin form was also designed by Akira Toriyama. Android 21 has the ability to absorb her opponent’s energy and make it her own. Additionally, Android 21 has her own Kamehameha! which she uses her enemy’s energy to do it. She can also perform the Solar Flare by absorbing Krillin’s energy. Perhaps she can perform any attack depending on whose energy she absorbs. Just like Majin Buu, she can turn her enemies into sweets and gobble them up. Check out the scan below: