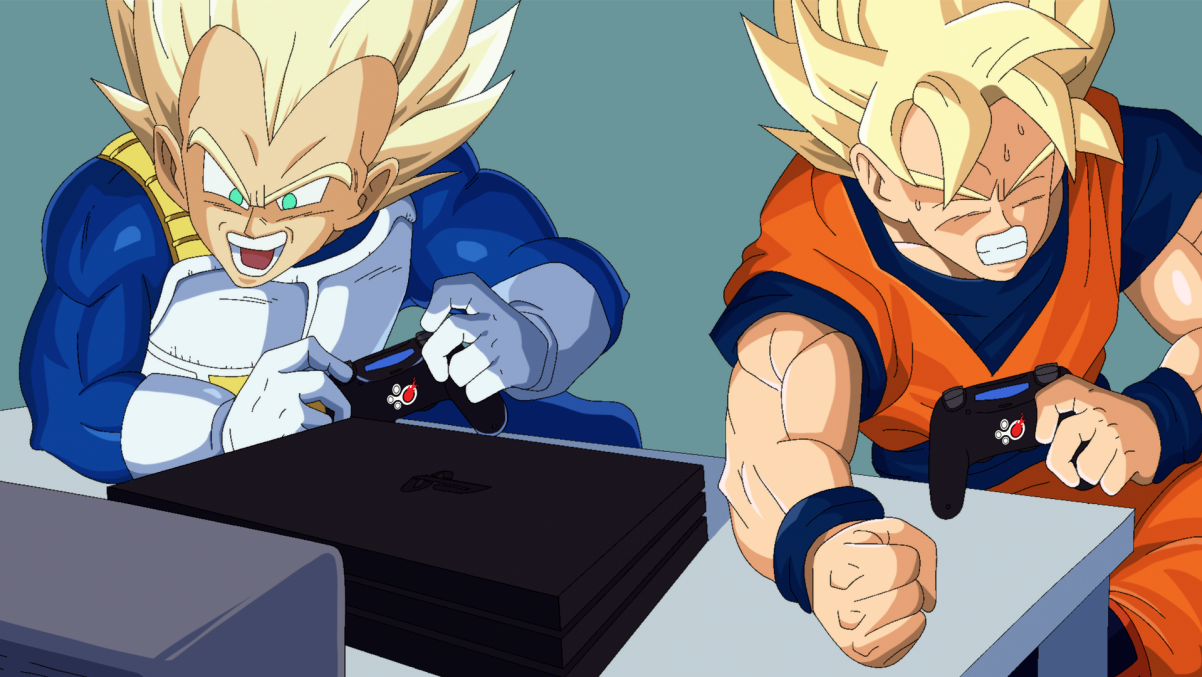 The wait is finally over! Bandai Namco has finally heard the cries of many for another 2D Dragon Ball fighting game, as one hasn’t seen the light of day since Burst Limit which released 10 years ago in 2008.

Here we are now, together in 2018, and inching closer to the official release of Dragon Ball FighterZ which at the time of this review is only 4 days away! If you would’ve told us two years ago that Arc System Works would be developing a 2D Dragon Ball fighter for home consoles we would’ve called it wishful thinking, but now that Shenron has finally granted one of the biggest wishes of the DB fanbase, lets get right into the review!

Thanks to Bandai Namco UK for the review code.

In a Dragon Ball game, there are things that you can expect as far as the story. Even with titles like Xenoverse that take huge liberties with the management of the source content still follow a simple guideline. No matter how it must happen, the main DBZ storyline has to be represented in some way. Well with Dragon Ball FighterZ, Arcsys turns that on its head as they provide is with a completely original story that sits at some point during Dragon Ball Super’s events. The story begins with you, the player, waking up as Goku with no idea about what’s going on. The first friendly face you see belongs to Bulma, who shares your confusion about the state of current affairs.

While she’s still trying to figure out why you have none of Goku’s memories (still confused about the nature of Goku’s amnesia), Android 16 appears out of nowhere and confronts them both. We won’t spoil the story from there, but some noteworthy aspects of the story we found were the unique dialogues between characters like Nappa and Gotenks for example where he teases Nappa for not being able to attain a Super Saiyan form despite being a Saiyan himself.

The story itself is a like a breath of fresh air and fans of the series will love the special dialogues and hardcore fans will notice some takes from other Dragon Ball pop culture.

Arc System Works has definitely set the bar for best visuals in an anime gaming title so far and dethrones the Naruto Storm series for first place. Dragon Ball FighterZ transcends the saying “anime come to life” because it does it better. There’s a lot of hard work that goes into the character models themselves which is most likely the reason why the roster isn’t as huge as the Tenkaichi or Xenoverse series and that’s okay.

Now we’re probably not the most qualified to talk about the technicalities of the game, but there’s a lot to definitely expound upon even with the basic fighting game fundamentals. Beginners can easily jump in the game using the light and medium attacks to perform auto combos. While this helps open up the game to more casual players, the auto combos aren’t exactly viable as the more intermediate to advanced players can play around with jump cancels, hard knockdowns and other methods to extend combos to do more damage.

Battles in FighterZ end a lot quicker than it did during our time with the E3 build and the closed beta which is a good thing especially for tournaments.

At the time of this review we weren’t able to access Ranked, Casual or Party Mode, but we can at least speak on the offline modes for now.

Practice Mode allows you to mess with health bars, sparking, assists, input delay, hide the HUD and more. If you played the open beta then you’ve probably played the tutorial mode which teaches you the general basics of the game then the combo challenge helps you understand individual characters.

Arcade Mode is similar to one’s in other fighting games, but the twist here is that there’s a ladder system with different paths and depending on what rank you receive in each battle you can either climb up the ladder or move down to a different branch.

When it works, it’s one of the most enjoyable experiences I’ve had in awhile. Unfortunately though, the online portion as a whole is pretty messy when it comes to Arena Matches and Ring Matches. Many players including us, couldn’t get into matches that weren’t Ranked or Casual. Trying to join Ring Matches usually results with a “No Room Found” error message which can sometimes be fixed if you close out the game and re-open it, but in most cases you’re out of luck.

As for Ranked and Casual matches those work out very well especially when you filter to your preferred connection types. Party Mode is amazing as well (when the Ring Matches work) especially when you gather all of your friends together online to play 3v3 with 6 players. Sadly Party Mode is an online only feature, but hopefully in the future that changes because it’s such a great mode.

Dragon Ball FighterZ truly is a stellar experience! You’ve gotta make sure to get your hands on it to see what we mean. The gameplay is great, the characters have character, and the whole thing really plays like a love letter to the fans! We hope to see you all in the arena when the game releases on January 26th.

Note: Our score doesn’t include our final opinion of the online modes since these aren’t yet available, however from our experience with both beta tests periods, when Dragon Ball FighterZ‘s online works, it works amazingly well. Even so, we’ll update our score once everything is available.

Dragon Ball FighterZ provides a pleasant experience to Dragon Ball fans and Fighting Game specialists looking for another avenue to test their skills. It's definitely something that anybody can enjoy, but dedicated players will have a deeper experience.
The visuals are absolutely stunning.
Pulls from the source material.
Voice acting is superb.
Characters have variety.
Some maps glitched on us.
Training could be a bit more in-depth.
The game crashed twice.
Story Mode is a little too long.
Game: Dragon Ball FighterZ
Publisher: Bandai Namco Games
Developer: Arc System Works
Release Date: (NA) January 26th, 2018
9
i Read our Review Policy
Review copy provided by the publisher. Reviewed on: PlayStation4