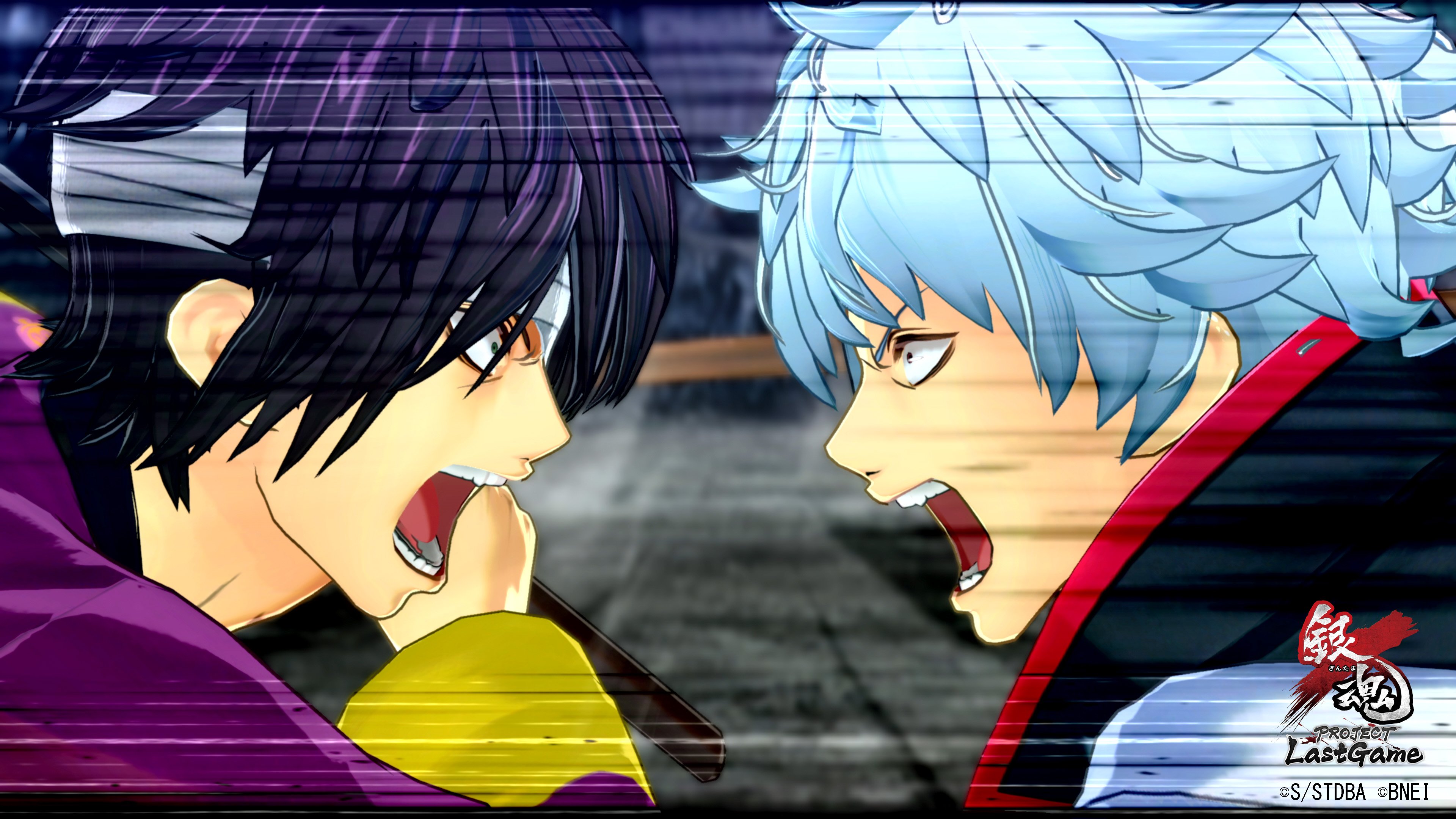 It’s been five years since Gintama Sugoroku on the PSP, which was the last Gintama game we got in the last five years, and before that, it was another five years with another game on the Nintendo DS. For the most part, the last Gintama games haven’t been good, especially since they were handheld games, so when Gintama Rumble was announced for PlayStation 4, I was somewhat excited, and from the scans, screenshots, and trailers, it looked like it was going to be like your average Musou game, but unfortunately that wasn’t the case.

Gintama Rumble covers the first 8 arcs of the series, ending with the Rakuyou Decisive Battle Arc, so if you’re familiar with the series, then you know what’s going on. However, if you’re new to the series, I recommend watching the series first since the game recreates the story in a very manner. Not only are the levels ridiculously long, but a lot of the cutscenes are just anime screenshots.

I personally love my Musou games, otherwise known as “Warriors” games in English. I like them to the point that I sometimes damage control the genre, with Pirate Warriors and Gundam Warriors being two of my favorites in the genre. However, it’s really hard to defend this game. The combo system in this game is very poor, and there’s barely any combos you can make. Additionally, the battles are really cheap and tedious, so it doesn’t help, especially in a very bad level design. What really annoyed me was that the levels are really long combined with really cheap enemies, so if you die, you had to start all over from the beginning. It would have been much better if the game had checkpoints like other Musou games.

So the combat consists of light and strong attacks, but unfortunately, you can’t really make too many combos out of it. The game includes an Awakening system that when full and activated, your characters get slightly stronger. It will also fill up your Awakening Rumble gauge, which when filled up, you can activate your Awakening Rumble which is like your character’s ultimate attack. If you level up your character enough, they can perform an Ultimate-esque attack. In Gintoki’s case, he can perform the Kamehameha.

It’s not all too bad with the game, however. The graphics look pretty, and I haven’t faced any glitches or any snags in general, despite many enemies that appear on the screen. Additionally, while there are only five minutes worth in a game where it features eight arcs, they were still pretty to see. The soundtrack isn’t really out of this world, but it’s not too bad either. What I really like the most was the inclusion of Brieza and Cello, with Cello being playable via a Pachinko system in the game, but for a few seconds. Honestly, that was the most fun I had in the game.

Gintama Rumble was a mess of a game when it released, and even after the patch which fixed the issue of enemies blocking you instead of being able to run through them, the game still feels really repetitive and tedious. It’s unfortunate how bad the game is considering that Tamsoft does a good job developing the Senran Kagura games. While the series doesn’t excel in too many areas, at least it excels in a competent combat system, which was far from present in this game. Do yourself a favor and don’t get the game.

Gintama Rumble is really disappointing. I personally like the Musou genre, but the game failed to captivate me and it meets all the stereotypes people dislike about Musou games.
Great Cutscenes
Cello and Brieza