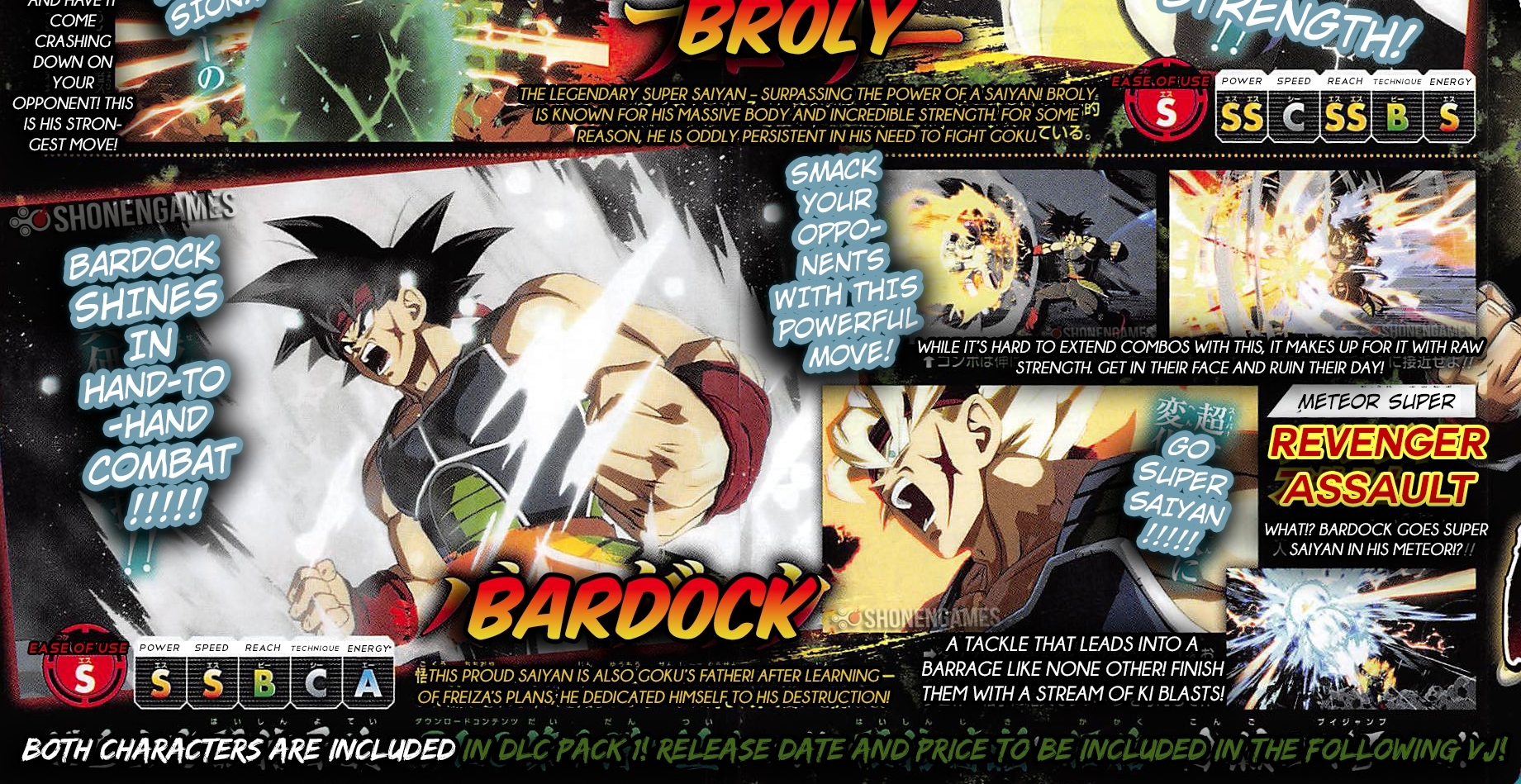 Earlier today it was revealed in V-Jump that Dragon Ball FighterZ DLC Pack 1 would include Broly and Bardock. Now that we have translations to work with we can finally explain the scan in more detail.

Broly is an extremely powerful character and according to the scan has great reach too. His ultimate attack “Gigantic Meteor” creates a massive explosion when executed. Bardock excels in hand-to-hand combat and his ultimate attack the “Revenger Assault” is a tackle that leads into a barrage attack.

The release date for DLC Pack 1 will be revealed in next month’s V-Jump magazine and the anime music pack should be releasing soon since the scan shows that it’s “now available.” Since this is an early V-Jump release it wont be out until the 21st in Japan or around that date. Toys and game sales are hot deals on the new Best Buy Black Friday Ad.