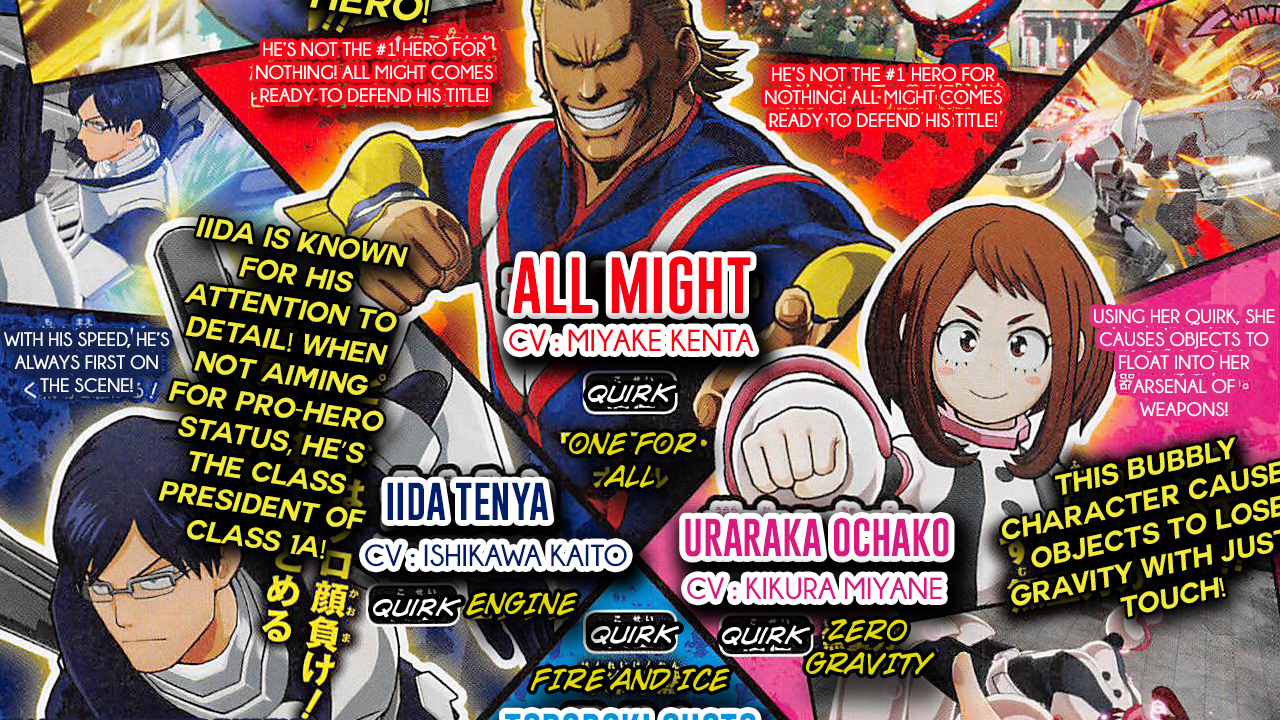 The latest issue of V-Jump features All Might, Ochacho Uraraka, Tenya Iida, and Shoto Todoroki as playable characters for the upcoming My Hero Academia: One’s Justice, with the last three revealed during this week’s Weekly Shonen Jump scan. Starting with Ochoako, using her quirk, she causes objects to float into her arsenal of weapons. Additionally, she can make objects to lose gravity with just a touch. Shoto uses the power of fire and ice at this disposal. Iida uses his high-speed engines to propel his legs in a variety of attack patterns. Check out the scan below: