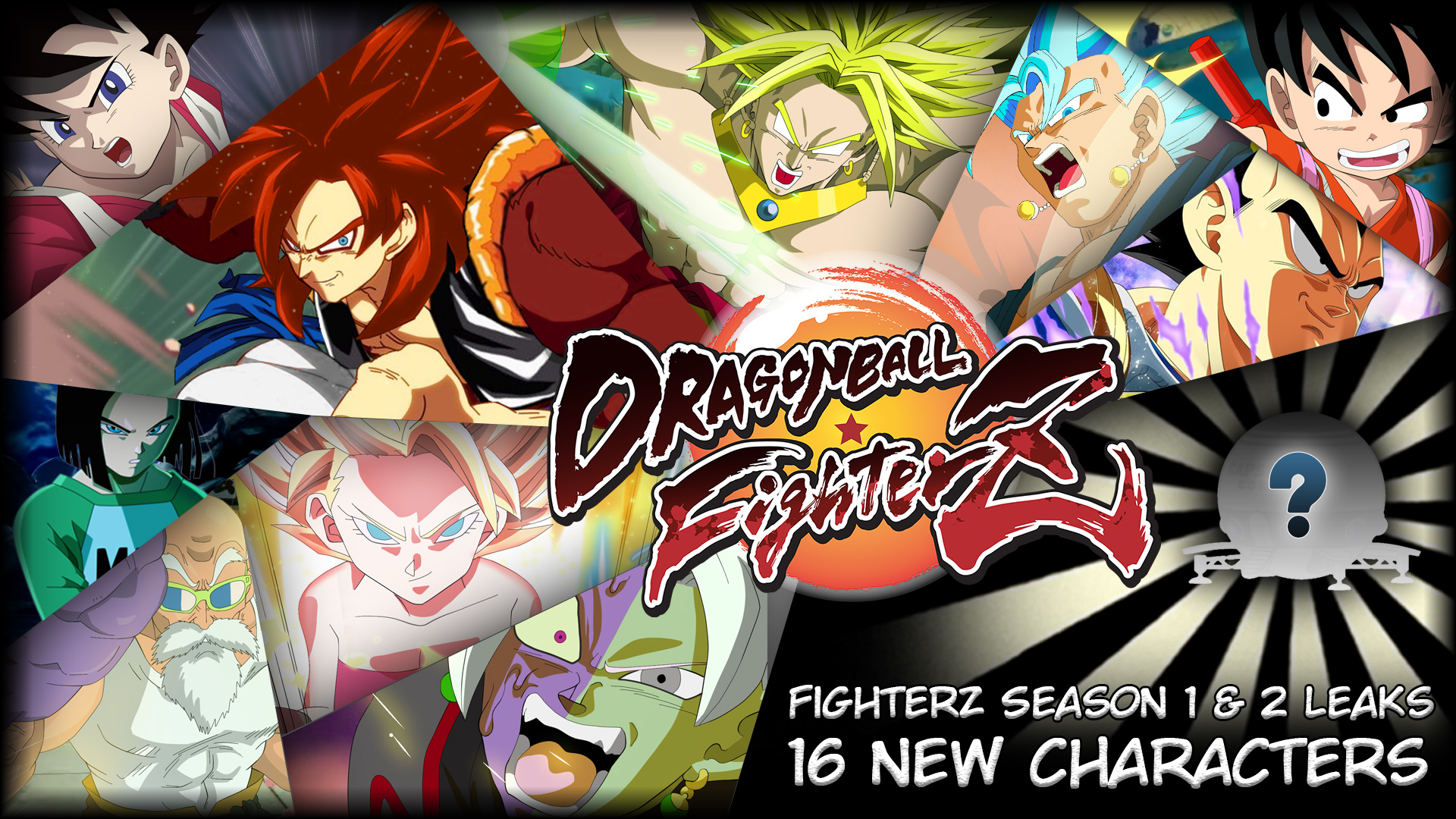 Reddit user Dasvergeben who previously leaked Bardock, Broly as well as Base Form Goku and Vegeta has recently revealed the supposed second season DLC for FighterZ which we’ll list below!

He has also confirmed earlier leaks that suggest that the Season 1 DLC characters will be Broly, Bardock, Base Goku, Base Vegeta, SSGSS Vegito, Merged Zamasu, Cooler, and Android 17! These characters are apparently all going to be out by July, but take everything with a grain of salt until things are officially announced of course!