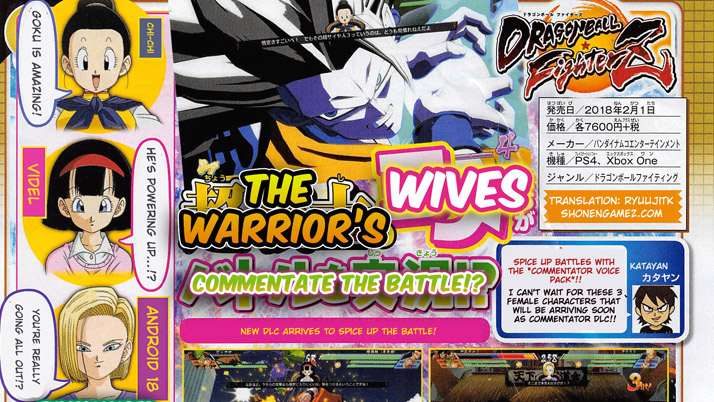 Bandai Namco Entertainment’s 2.5D fighter, Dragon Ball FighterZ, is planning to release a few new voice options for players to enjoy while watching matches. Scheduled to be announced in the 16th issue of Weekly Shonen Jump, Chi-Chi, Videl, and Android 18 will be joining the cast of commentators this spring through the upcoming DLC voice pack.

Dragon Ball FighterZ was released for Playstation 4, Xbox One, and PC on January 26, 2018 in North America and Europe, and February 1st, 2018 in Japan.