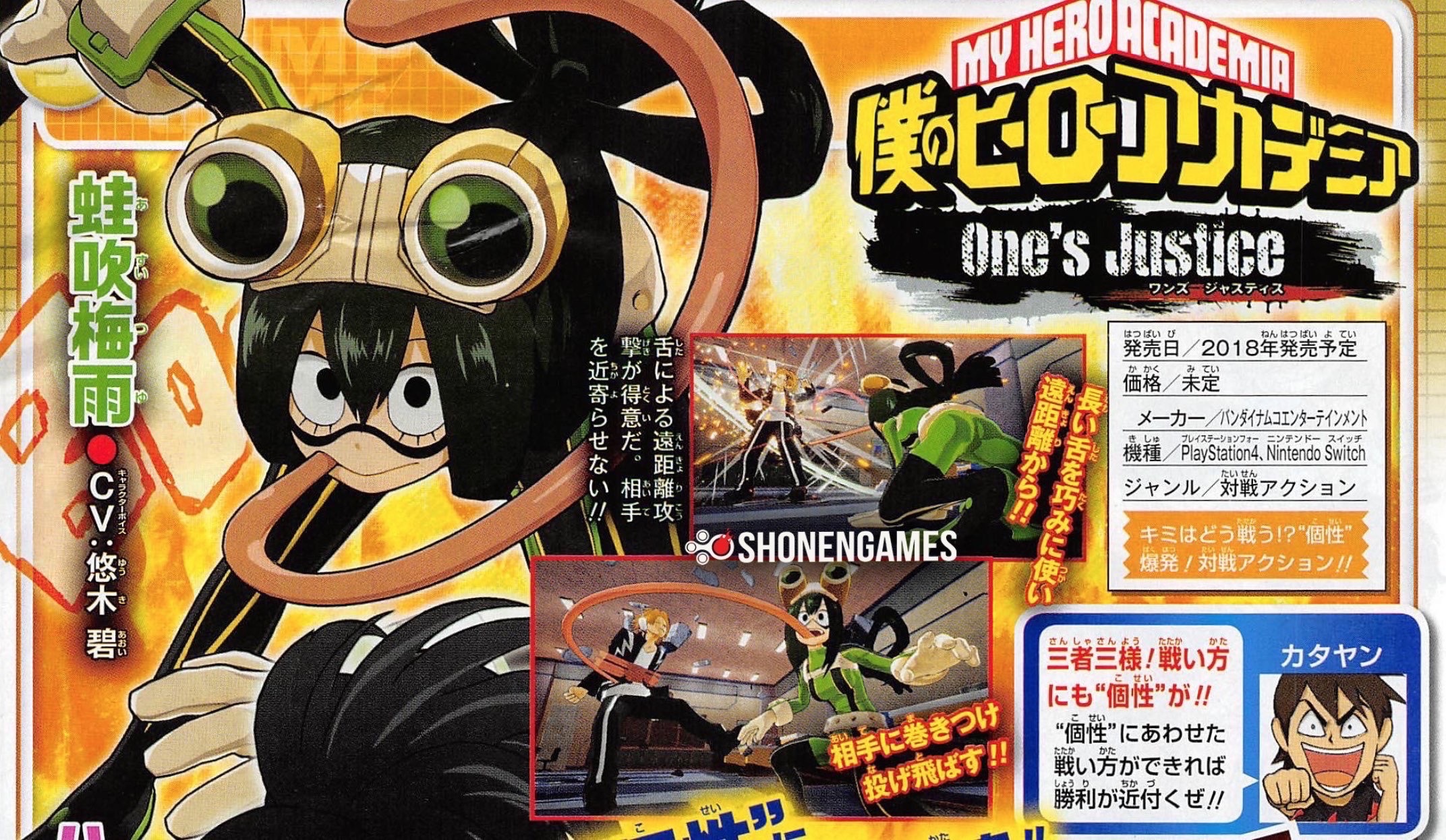 My Hero Academia: One’s Justice Adds Kaminari, Momo and Asui to the Roster

My Hero Academia One’s Justice has slowly been revealing characters up until now, however this month 3 new characters are being revealed!

Denki Kaminari, Tsuyu Asui and Momo Yaoyorozu are all confirmed to be playable in the upcoming brawler title. With the confirmation of these three, it seems likely that most of Class 1-A will probably make it into the game, however I’d expect the next pack of character reveals to be something along the lines of Dabi, Muscle and Toga.

Check out each character along with their abilities in the scan below!