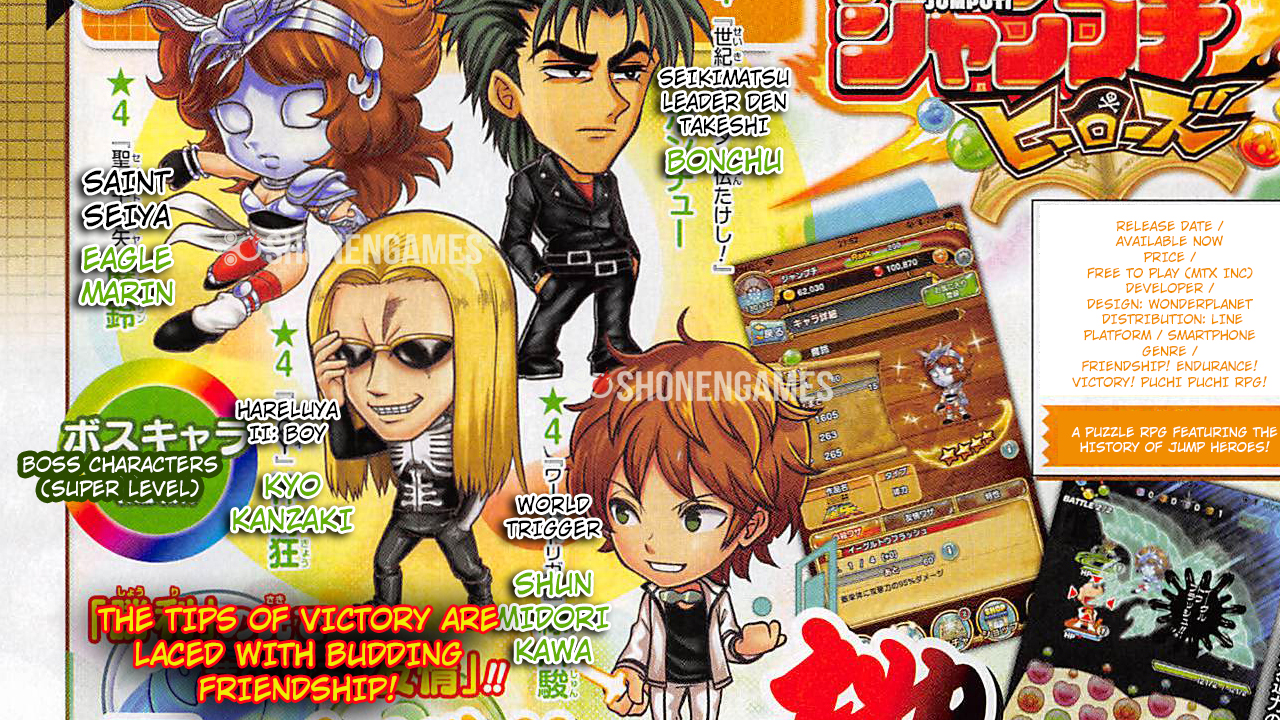 Thanks for translations, more information has surfaced about the characters. Marin, Bonchu, Kyo, and Shun are “Super Level” boss characters, Eraserhead, Toguro, and Onizuka are “Ultra “Level” boss characters, while Kakashi Hatake is an “Ultimate Level” boss character. Completing a round of quests allows you to boost your characters and nets you reward units. When fusing the same units, it improves the strength of their special moves. Jumputi Heroes is now available. Check out the scan below: