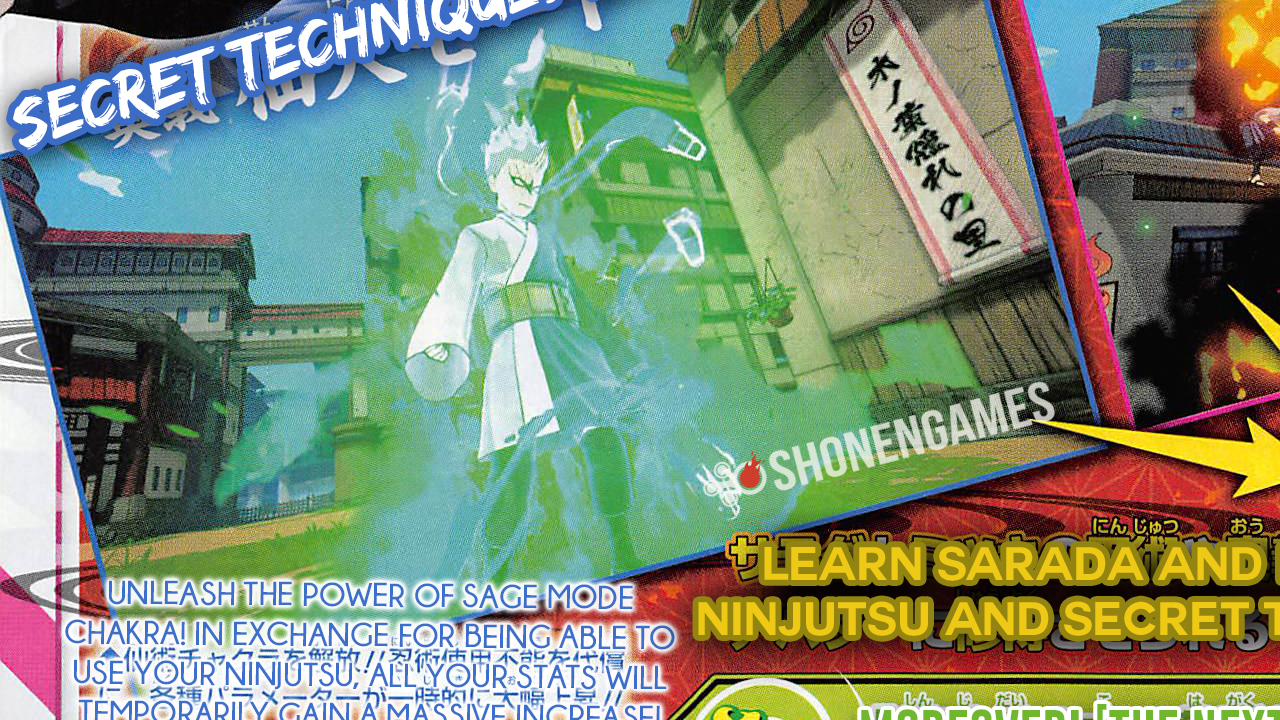 Boruto Uzumaki Joins As A Mentor Character In Naruto to Boruto: Shinobi Striker

Earlier today, we posted the raw scan confirming that both Sarada Uchiha and Mitsuki will be joining Shinboi Striker as playable characters. Additionally, Boruto will be available as a mentor character as well. The scan also shows both Sarada’s and Mitsuki’s secret techniques which are “Secret Technique: Uchiha Shuriken-jutsu: Shunran” and “Secret Technique: Sennin Mode”, respectively.

With Sage Mode, Mitsuki will be able to gain a temporary increase to all his stats in exchange for being able to use ninjutsu. Sarada’s secret technique is a combination of exploding shuriken and healing kunai which allows the player to attack and defend at the same time. Your custom character will be able to learn Sarada and Mitsuki’s ninjutsu and secret techniques, as well. Lastly, the scan also confirms that the modernized version of Konoha becomes a battle stage, which will be great for beginners. Check out the scan below: