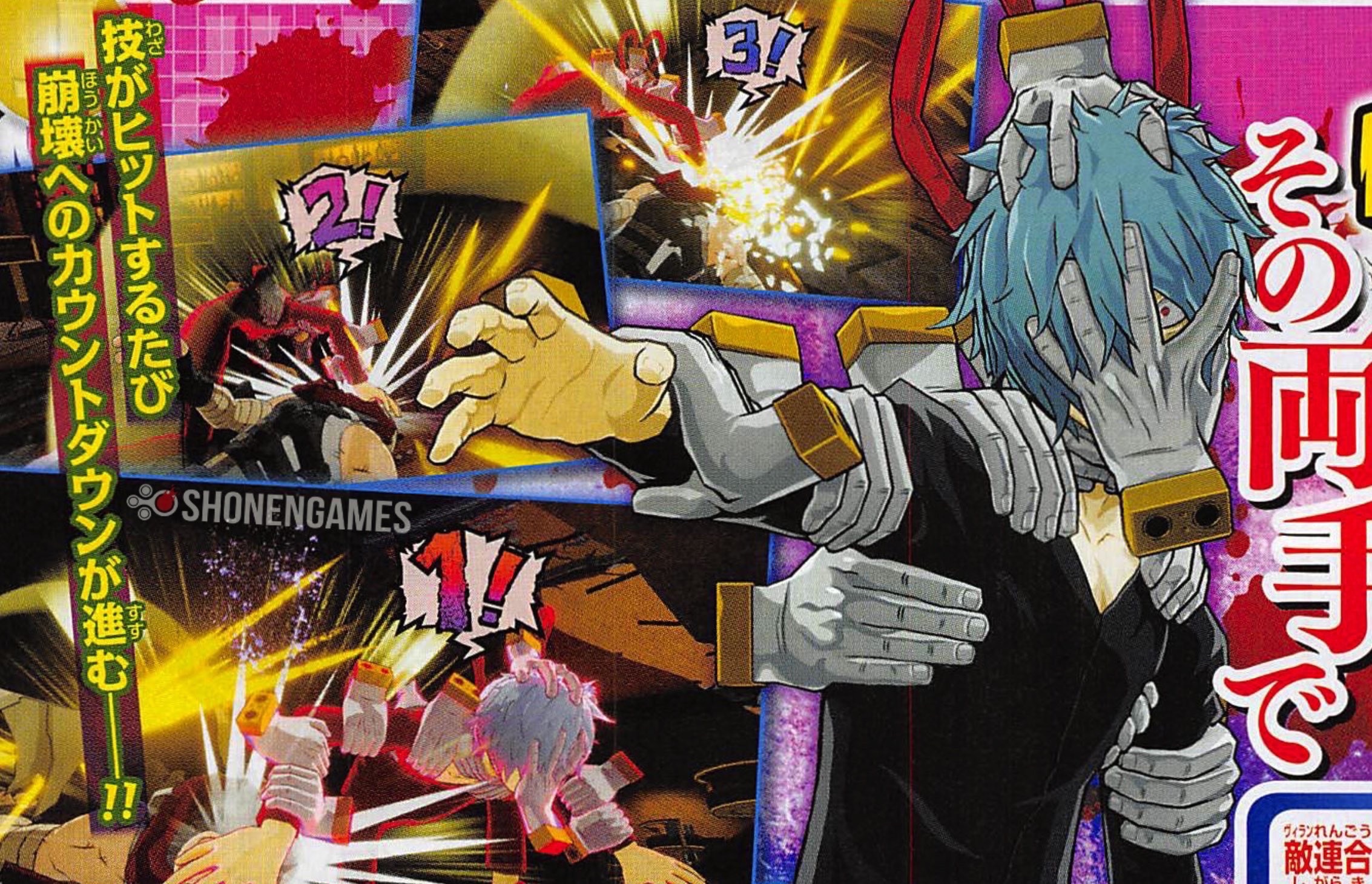 In this week’s issue, we have a scan that shows off some more of Shigaraki, Deku, and All Might. Shigaraki seems to have a move that lets him kill his opponent. It isn’t clear if this is an insta-kill move, or some sort of finishing ultimate attack, but it’ll be very interesting to see what this means for other characters!

On the bottom right of the scan, we also see Deku and All Might attacking together! We’re hoping that this is a team ultimate attack of some sort, however this could also be a support attack, since the most recent trailer showed us the Sidekick System that allows for your supports to come in and help you during combat!

We’ll know more as scans are translated, so stick around until then!