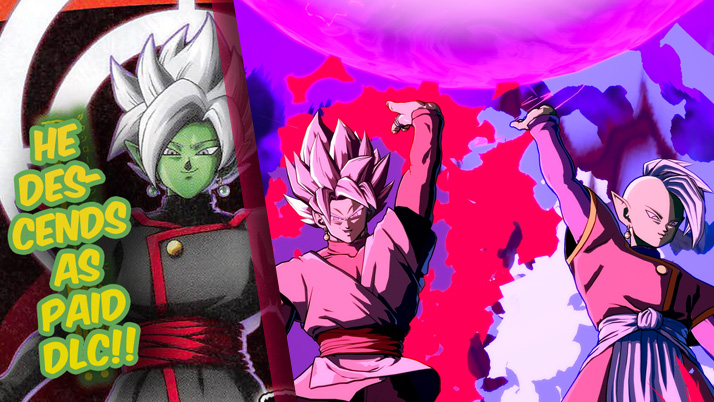 Bandai Namco Entertainment’s 2.5D fighter, Dragon Ball FighterZ is gearing up to release the latest DLC character. Thanks to this month’s issue of V-Jump, we learn that the fusion of Goku Black and Future Zamasu, Zamasu (Fusion) will arrive in the 2nd DLC Pack.

Perhaps the most interesting aspect of this character is his special move, which allows for 8-way directional movement. The magazine also reveals that we’ll receive more information on the release of this DLC in next month’s issue.

The FighterZ Pass, containing the first 8 DLC characters, is currently available for $34.99USD. Each character can also be purchased individually for $4.99USD.

Dragon Ball FighterZ was released for Playstation 4, Xbox One, and PC on January 26, 2018 in North America and Europe, and February 1st, 2018 in Japan.