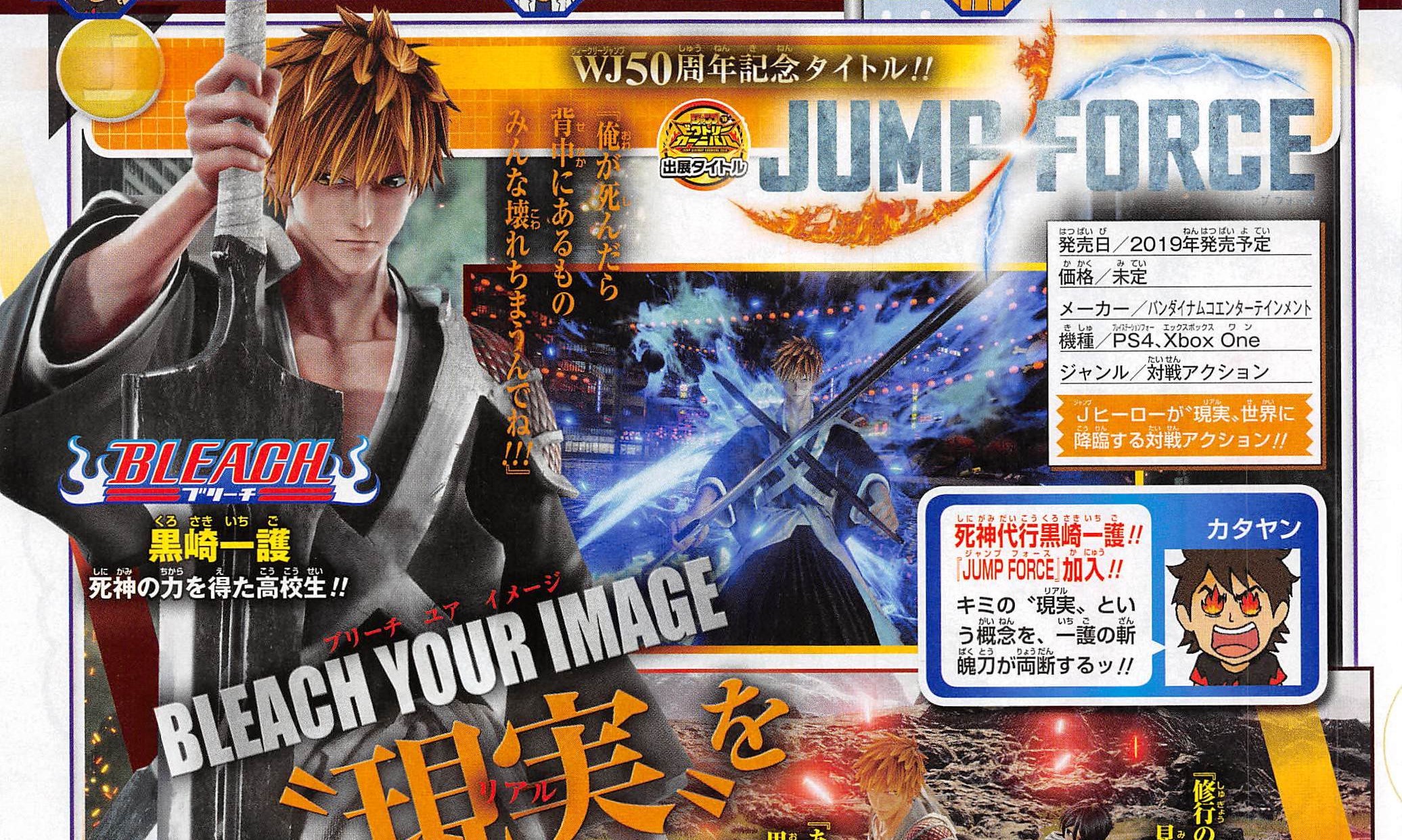 According to a scan in V-Jump, Ichigo Kurosaki from Bleach is confirmed to be a playable character in Bandai Namco’s upcoming Shonen Jump crossover game, Jump Force. In the scan, Ichigo dons his “Thousand Year Blood War” arc costume.

Rukia Kuchiki is present by Ichigo’s side in one of the screenshots, but there is no confirmation for either her or Aizen Sosuke being playable. The scan also reveals a new stage, Hong Kong, and crashed into it is the Blackbeard Pirates’ ship from One Piece.

Whether or not the Blackbeard ship hints at a playable Blackbeard or hints at elements of the lore of Jump Force is unknown, but we will provide you with more information as we receive it.

Jump Force will be released for PlayStation 4, Xbox One, and PC sometime in 2019.

Thank you to Gematsu for the information and @YonkouProductions for the scan.