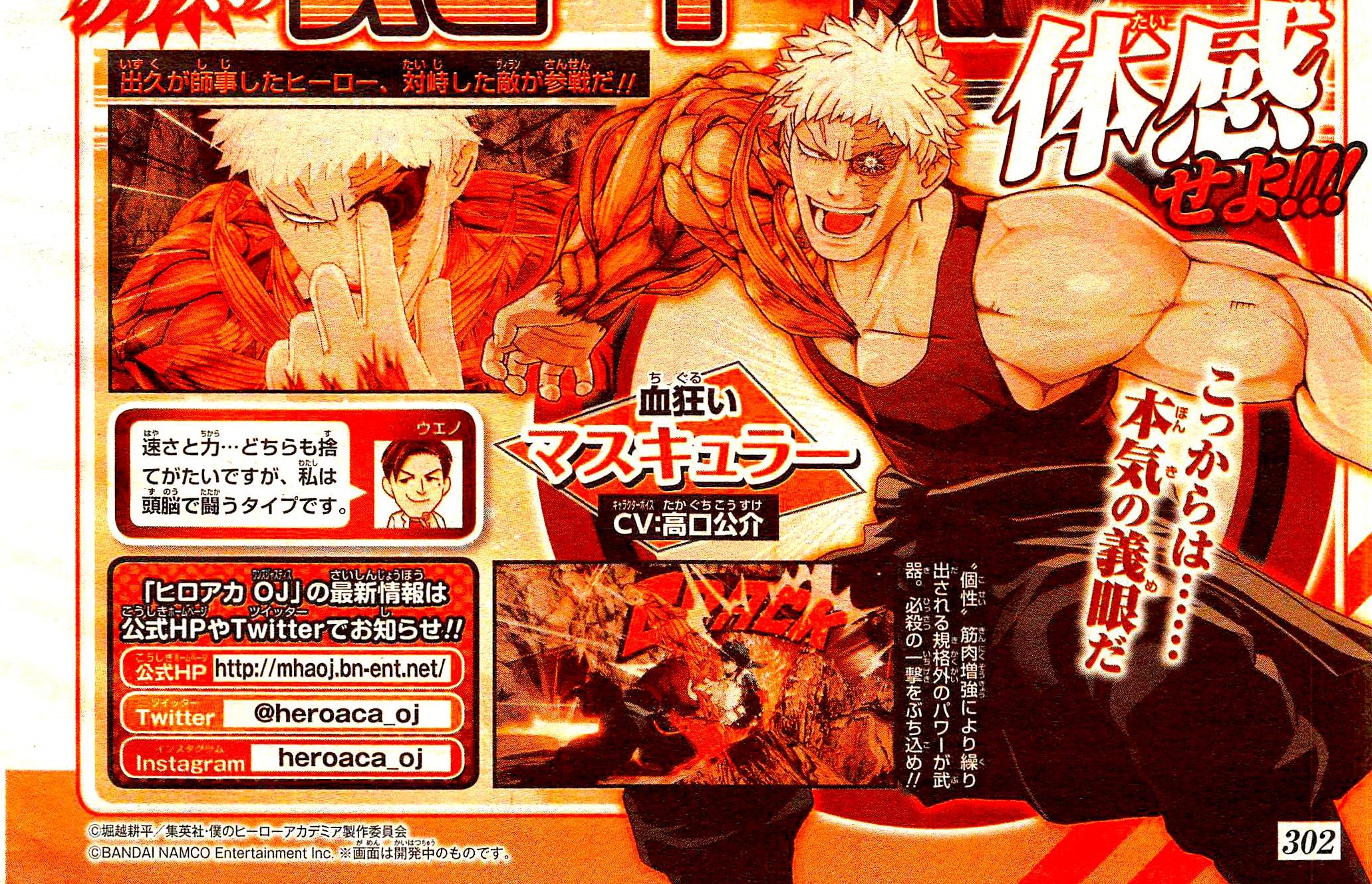 A V-Jump scan has confirmed that Muscular and Gran Torino will join the roster for Bandai Namco’s upcoming game, My Hero Academia: One’s Justice.

With the previous reveals of Dabi and Toga, it was evident that a Muscular reveal was bound to come since his battle was a key point in the Training Camp arc that the three villains were involved in.

With both Muscular and Gran Torino added to the roster, we now know 19 of 20 playable characters in One’s Justice. The currently confirmed characters are: Midoriya, Bakugo, Iida, Uraraka, Todoroki, Kaminari, Asui, Yaoyorozu, Kirishima, Jiro, Tokoyami, Stain, Eraserhead, All Might, Shigaraki, Dabi, Toga, Muscular, Gran Torino. As for the 20th character in the roster, since All For One is visible on the boxart it may very well be him.

We’ll inform you about the last character and more on My Hero Academia: One’s Justice as we receive that information.

Thanks to Gematsu for the information and @YonkouProductions for the scan.