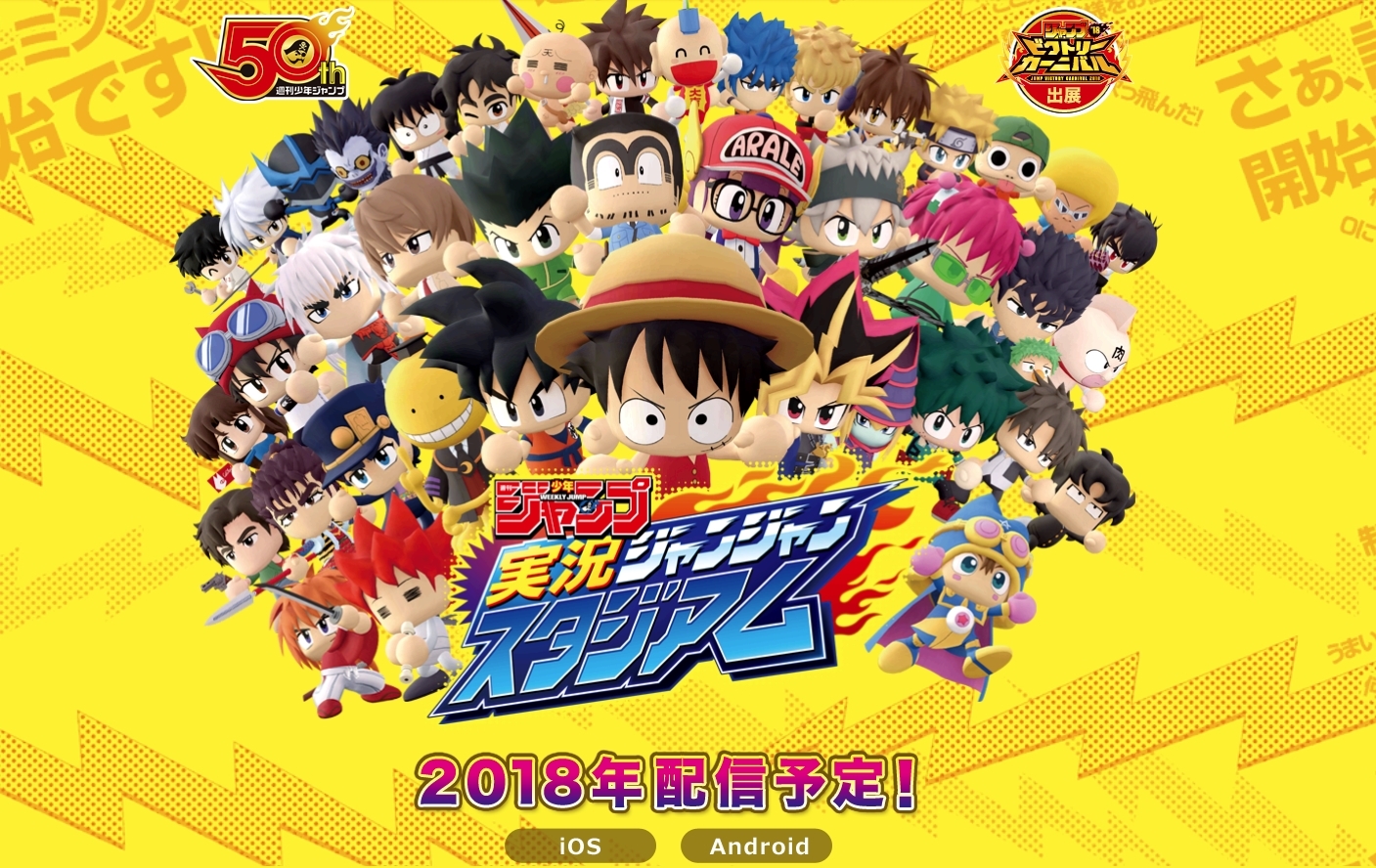 Konami released it’s first trailer for their upcoming Weekly Shonen Jump mobile game Jump Jikkyou Janjan Stadium. The trailer shows off the various playable characters (with more to be released post-launch) to choose from in the game as well as their special attacks.

According to Gematsu, here is the rundown on what the game will feature:

Use strong special techniques (SP moves) with simple one-button controls. Blow away the enemy to the outside of the stadium with controls that even beginners can enjoy with ease. While single-player is of course an option, a maximum of four users can play together, so link up with your friends for a heated battle royale.

The game will also have a “Live Broadcasting System,” among other features, that enhances the match’s sense of realism. More information about the game will be released in Weekly Shonen Jump and V-Jump, as well as on the game’s official website.