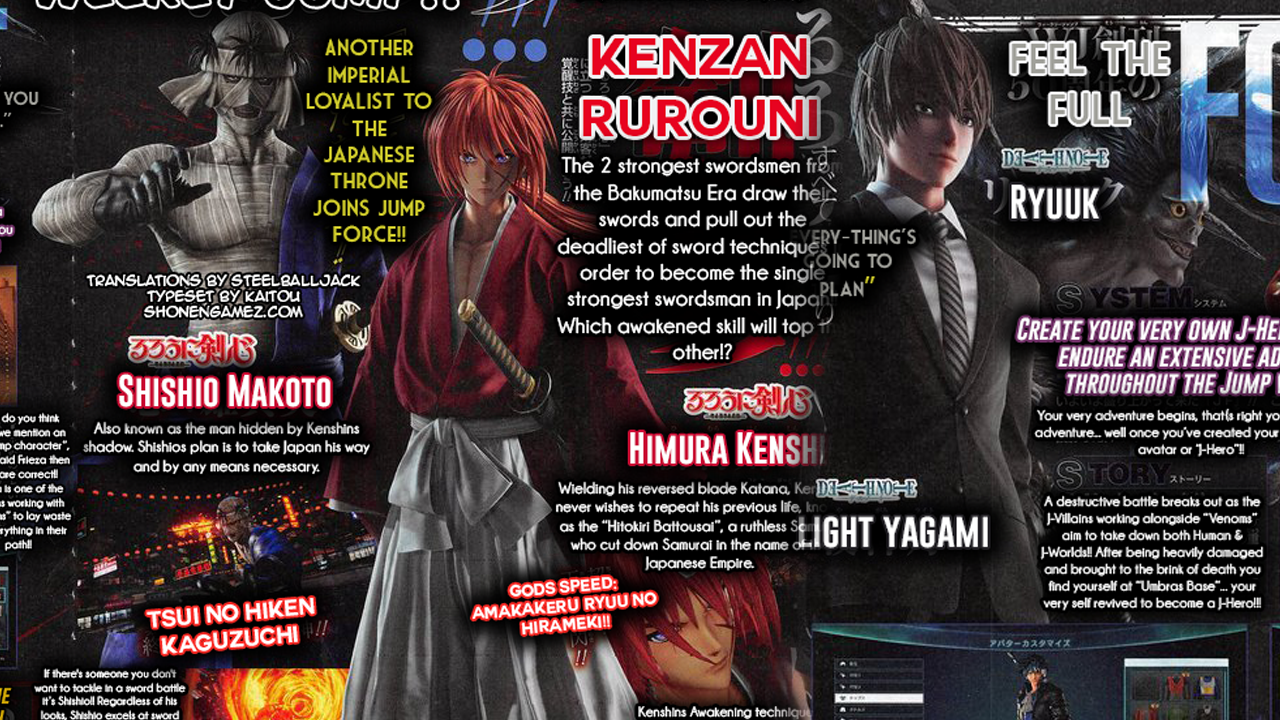 The latest issue of V-Jump reveals that both Himura Kenshin and Shishio Makoto from Rurouni Kenshin (or Samurai X in the west) will be joining Jump Force as playable characters.  Kenshi will be wielding his reversed blade Katana known as the “Hitokiri Battousai.” He will be able to perform various attacks from the series, including the Gods Speed: Amakakeru Ryuu no Hirameki. His awakening technique utilizes extreme speed in order to cut down his enemy and even if the enemy entirely avoids the first strike, the second strike will be a100% hit.

Regardless of his looks, Shishio excels at sword fighting and with his powerful sword “Mugenjin” he can easily take down his opponent with his overwhelming awakened technique “Tsui no Hiken: Kaguzuchi.” Shishio can create flame filled whirlwinds using his beloved sword “Mugenjin” to push the heat upon his opponents.

The also reveals details about your customizable avatar known as J-Hero, who will endure an extensive adventure throughout the Jump World. In the game’s story, a destructive battle breaks out as the J-Villains working alongside “Venoms” aim to take down both Human & J-Worlds. After being heavily damaged and brought to the brink of death you find yourself at “Umbras Base”, revived as a J-Hero. Additionally, Frieza, as seen in his Golden form, will be one of the Villains working with “Venoms” to lay waste to everything in their path. Additionally, Paris has been revealed as a playable stage. Check out the scan below: