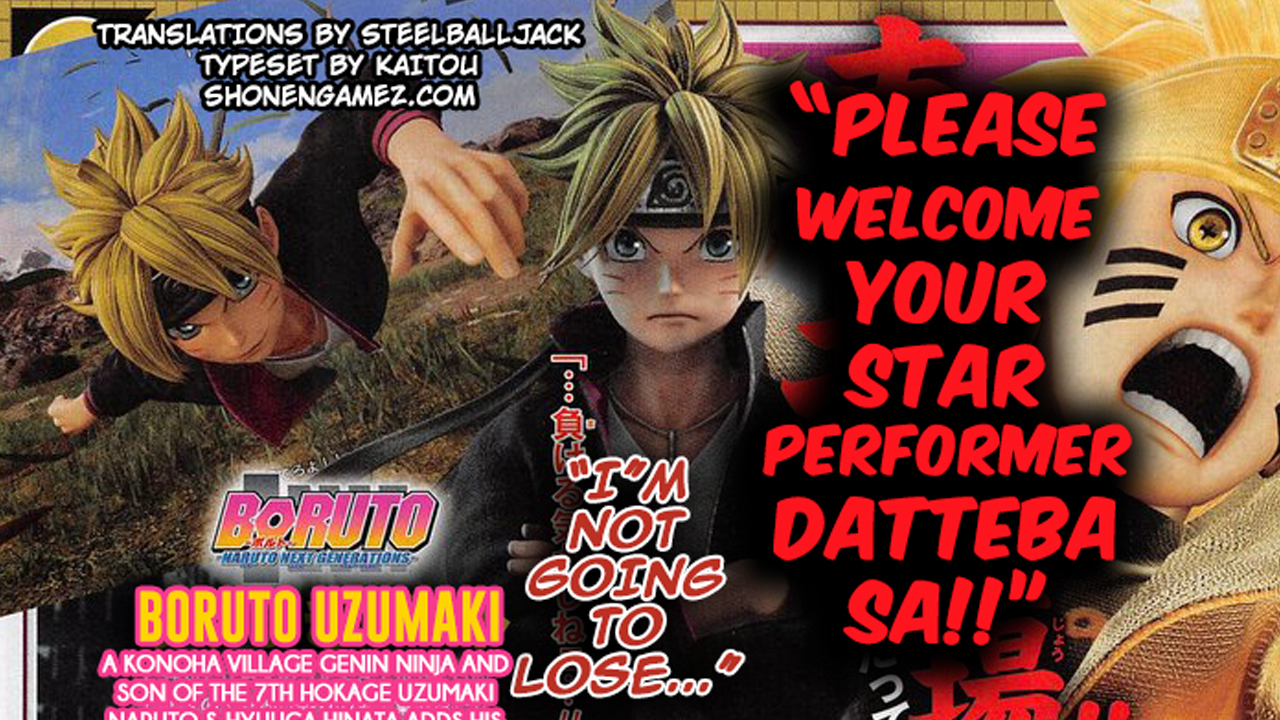 The latest issue of Weekly Shonen Jump has revealed that Boruto Uzumaki, Naruto’s son, has joined Jump Force as a playable character. His arsenal of attacks consists of his Disappearing Rasengan—which is useful for far ranged attack that follows the opponents movement trajectory. The Boruto Burst in which Boruto creates Shadow Clones which launch Boruto himself for a continuous attack on the enemy.

His Lightning”: Triple Strike in which he infuses Shurikens with the “Lightning Element” launching them at then enemy. Usable not only on the ground but in the air also and finally his Awakening attack, the Boruto Spiral in which he and his Shadow Clones collide with the enemy with rapid fire attack ending the combo wit hhis fathers trusty “Rasengan.” Check out the scan below: