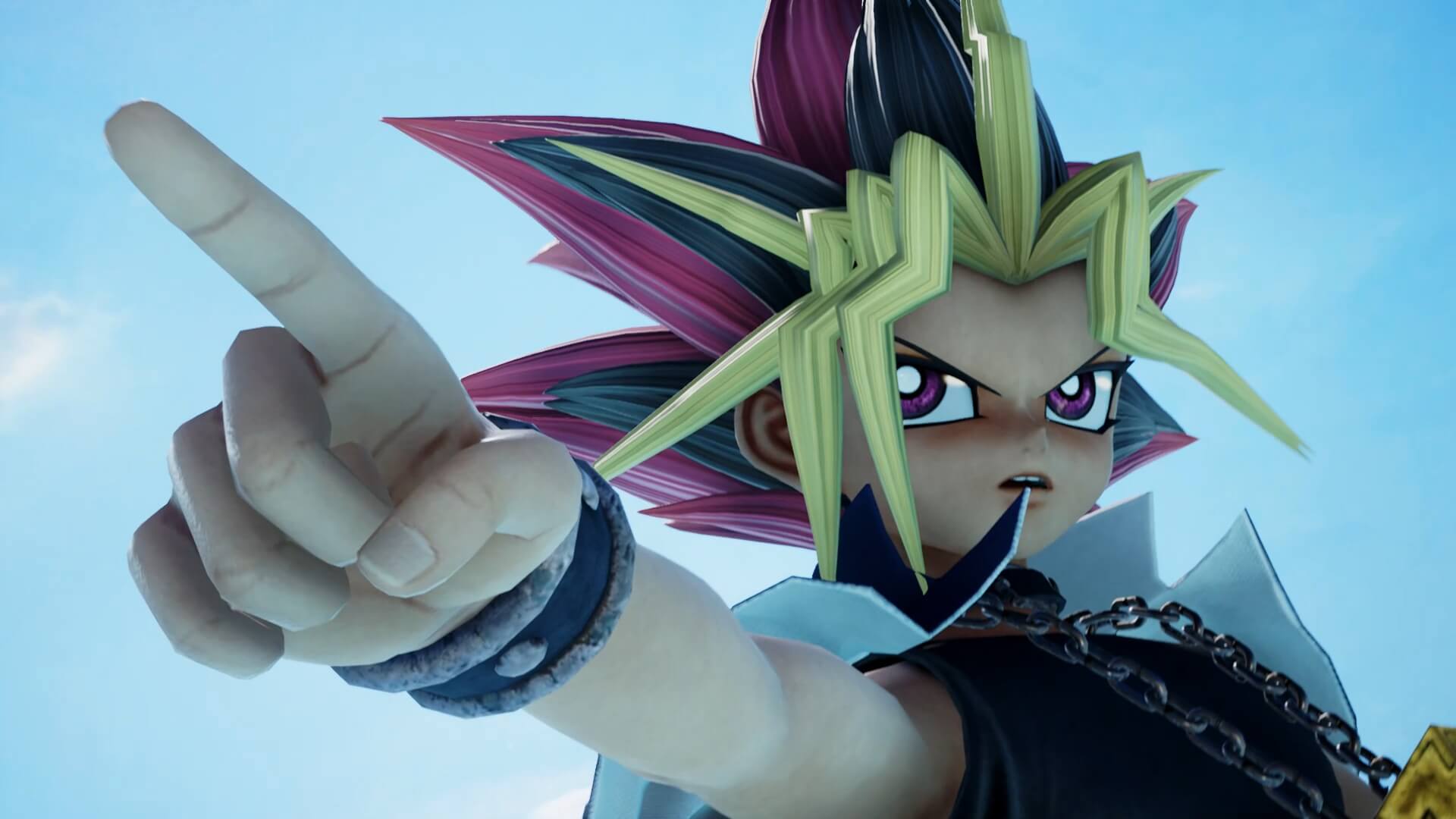 As of the date of this post, it has been an entire week since Bandai Namco’s highly-anticipated Weekly Shonen Jump brawler, Jump Force, made its debut. For better or worse, Spike Chunsoft, the developers of Jump Force (as well as J-Stars Victory Vs.) made some rather interesting decisions for the final release of the game, but we will explain those further in the review.

Immediately upon launching the game, Jump Force ropes you straight into the story with unskippable cutscenes to introduce the plot point in which your created character comes into play. Though all cutscenes and dialogue were unskippable in the launch version, patch 1.01 now allows for some skipping.

After progressing through enough of the story, you might notice that it is riddled with painfully dull sessions of running around a vast lobby devoid of any meaningfully interactive elements or NPCs. Since the hub area (which could have just been a menu) lacks some sort of HUD that indicates mission objectives, players have to take random guesses at where to go or who to talk to until you run into Glover, who will often tell you where to go next, but it’s still sometimes left up to you make guesses.

If you choose to follow the story, you get rewarded with cutscenes full of lifeless character models that often just stand in place and have dry conversations. If characters from different series suddenly come together, they need to be able to have conversations that are full of surprise, wonder, and humor. Instead, Jump Force mostly positions the characters together in a boring state of familiarity with each other, which lacks the charismatic dialogue that J-Stars Victory Vs. has in their story mode, cutscenes, and battles.

Here are some battle dialogue comparisons between Jump Force and J-Stars Victory Vs:

Since the game’s initial announcement trailer at E3, we’ve had an issue with the direction that Spike Chunsoft chose to take with the visuals. One of those issues is that they decided to go with a dirty, gritty, realistic aesthetic instead of using cel-shading, much like the Naruto: Ultimate Ninja Storm series or Dragon Ball FighterZ.

Some characters such as Yugi, Kenshiro and Boruto really make the style work for their designs. Other characters such as Frieza or Sasuke, do the complete opposite because they make odd facial expressions or bare their upper teeth during their intros and awakening attacks. However, Luffy is one of the only characters displayed without individual tooth divisions (or very light ones), and that would be a great improvement for characters such as Sasuke and Frieza. 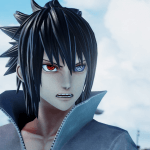 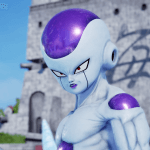 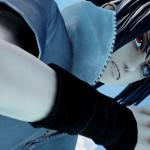 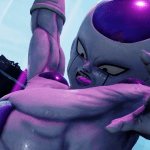 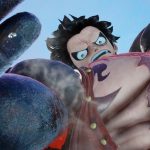 Though roster-wide overbites can be considered a part of this, the other issue with the character designs is that quite a few of them are off-model. Some examples include Deku’s eyes not glowing green while in Full Cowl, Luffy having brown eyes, and anyone with a well-healed scar, has a dark scab-like one.

As for the animations, the quality of Boruto’s facial expressions overwhelmingly exceed those of every other character. His hair sways, and his eyes widen with passion while attacking. Most other characters have a relatively doll-like calmness about them in story mode, but it also seems to manifest in combat to an extent too. These character models have potential, but without interesting animations, that potential is wasted. Luckily, we get to see some of that potential being put into the awakenings or awakening attacks that each character has.

The excessive use of motion blur throughout the game also distracts and detracts from the excitement of seeing special attacks land on opponents. If you’re playing on PC, you have the option to run the game at 60FPS and even turn off the motion blur with some file tweaking, which provides a smoother experience compared to the PlayStation 4 and Xbox One versions that run at 30FPS and do not have easily editable files.

Despite all that is wrong with Jump Force, the combat is one of the only things that Spike Chunsoft, for the most part, did right in this game. Fighting opponents and making up high damage combos (above 50%) has been an extremely satisfying experience. Many of these combos, despite the numerous ways to escape them, can be performed against other opponents online.

Combat is incredibly balanced due to mechanics such as escapes, high-speed counters, and invulnerability to reset to neutral game. It’s definitely several steps up from the combat that Spike gave us in J-Stars where opponents gained invulnerability far too quickly, making it difficult to pull off longer combos and really enjoy particular characters.

The game has a few gimmicks that makes the combat experience more entertaining such as the stage transitions which can also be implemented into combos or extend them and the awakening mode that powers up characters while allowing them to use an awakening attack.

Just about every mechanic in the game can be used to a player’s benefit. Special attacks, switching characters, using support, stage transitions, chasing, and awakening are some of the mechanics that can be used to extend combos or increase damage dealt.

However, there is one useless mechanic and it is the team attack. If you attack while awakened, you perform a team attack. It will summon the two other members of your team to attack, but the attacks never connect well and will often cause combos to drop. Rather than have this, both support characters should just be able to use their support attacks at the same time.

Grabs also unfortunately cannot be implemented into combos and will actually miss if an opponent is taking damage or if you have attacked recently. Due to this, blocking is too safe of an option because the only way to punish it is to stop attacking and react to your opponent’s next move.

Aside from those issues, which aren’t game-breaking, the combat system is solid for that of a 3D arena brawler.

The roster choices that Spike went with this time really make us scratch our heads. As one Twitter user put it, “Jump Force only had unexpected characters from expected series.” J-Stars Victory Vs. had a similar problem since it added more Dragon Ball Z, Naruto and One Piece characters, leaving most other series with only one or two playable representatives each.

Jump Force only had Unexpected characters from Expected Series.

Though what J-Stars Victory Vs. did to make up for this was having a very diverse roster. In Jump Force, there’s really no genuinely pleasant roster pick surprises aside from Dai, Ryo and Yugi.

Regardless, if you like having your favorite characters fight against one another and playing with a solid 3D arena brawler system, this is your game. However, if you’re looking for a deeply interesting story and a diverse roster, you might not be fully satisfied. Right now, we’re somewhere in the middle.

While Jump Force's combat is fun, it's hard to justify shelling out $60 or even $100 for the Ultimate Edition when it doesn't have much to offer. Hopefully the next Jump crossover game can be handed off to a different developer for different results.
Combat is Surprisingly Enjoyable
60FPS on PC
Beautiful Stages